26 SEPTEMBER 2014 - PATTAYA, CHONBURI, THAILAND: A boat moored on Pataya Beach. Pataya, a beach resort about two hours from Bangkok, has wrestled with a reputation of having a high crime rate and being a haven for sex tourism. After the coup in May, the military government cracked down on other Thai beach resorts, notably Phuket and Hua Hin, putting military officers in charge of law enforcement and cleaning up unlicensed businesses that encroached on beaches. Pattaya city officials have launched their own crackdown and clean up in order to prevent a military crackdown. City officials have vowed to remake Pattaya as a "family friendly" destination. City police and tourist police now patrol "Walking Street," Pattaya's notorious red light district, and officials are cracking down on unlicensed businesses on the beach. PHOTO BY JACK KURTZ 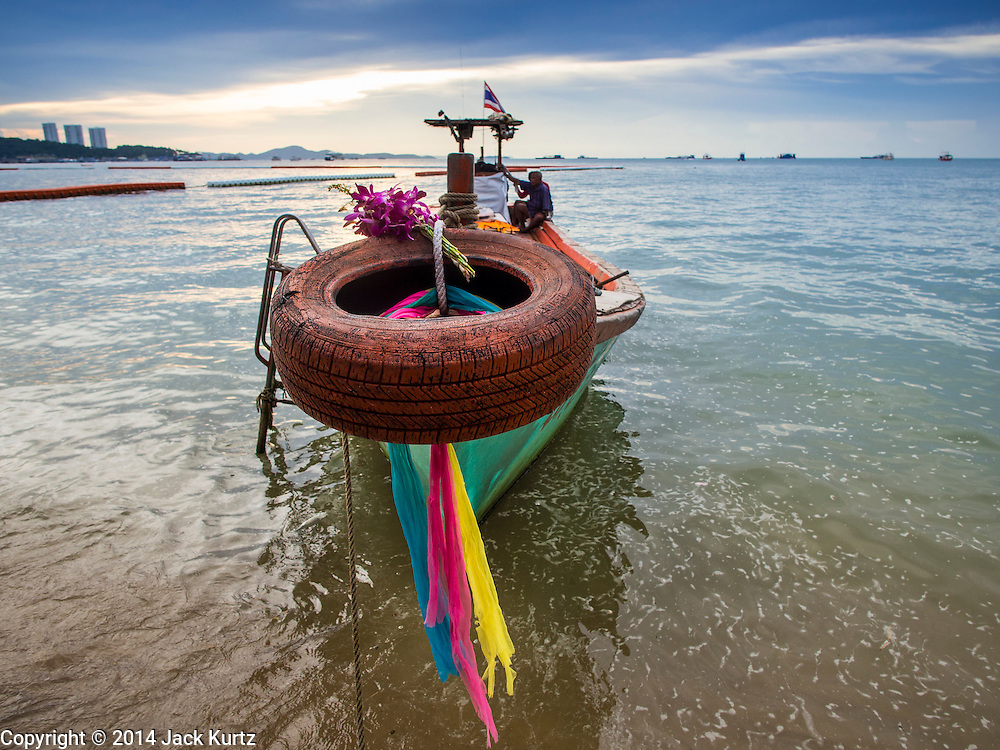