09 FEBRUARY 2014 - HAT YAI, SONGKHLA, THAILAND: A man covers his ears after lighting a string of firecrackers in the Chao Mae Tubtim Shrine (Ruby Goddess Shrine) on 108 Hainanese Ancestors Memorial Day in Hat Yai, Songkhla, Thailand. Hainanese communities around the world celebrate "108 Hainanese Ancestors Memorial Day." The day honors the time when 109 Hainanese villagers fleeing life in Hainan (an island off of the southwest coast of China, near Vietnam) washed up in what is now Vietnam and were killed by Vietnamese authorities because authorities thought they were pirates. The Vietnamese built a temple on the site and named it "Zhao Yin Ying Lie." Many Vietnamese fisherman credit prayers at the temple to saving their lives during violent storms and now "108 Hainanese Ancestors Memorial Day" is celebrated in Hainanese communities around the world. Hat Yai, the economic center of southern Thailand has a large Hainanese population. PHOTO BY JACK KURTZ 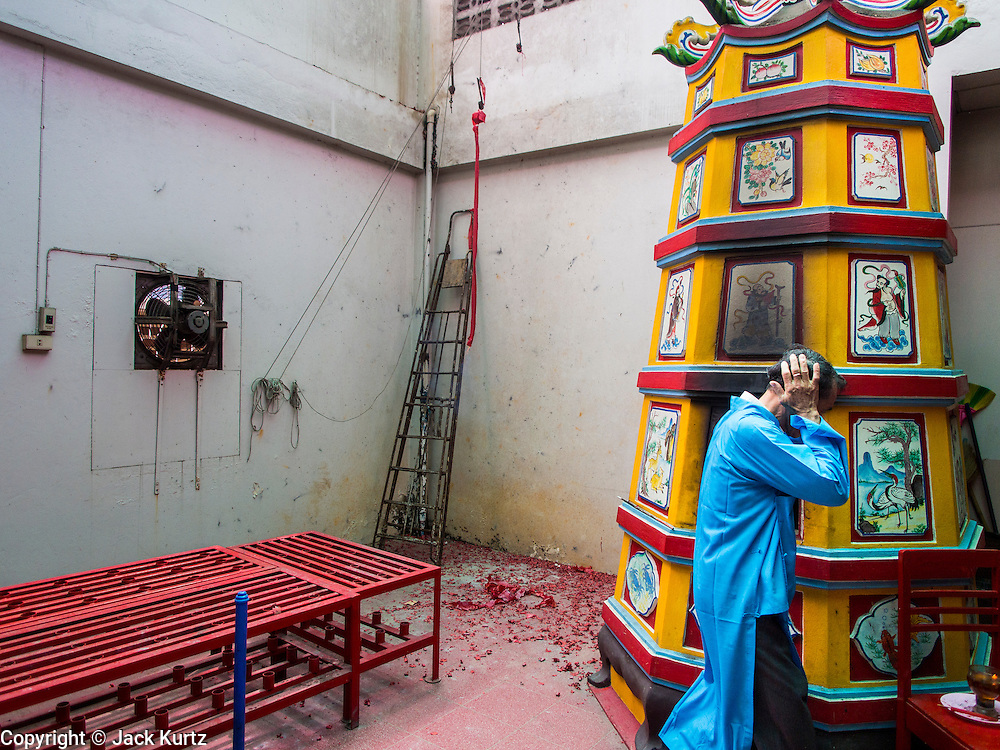