14 SEPTEMBER 2003 - CANCUN, QUINTANA ROO, MEXICO: Members of Lee Kyung-hae's family mourn during a memorial service for Lee Kyung-hae, the South Korean farmer who committed suicided during a protest against liberalized agricultural trade at the WTO ministerial in Cancun. Tens of thousands of protesters, mostly farmers, came to Cancun for the fifth ministerial of the World Trade Organization (WTO). They were protesting against developed nations pushing to get access to agricultural markets in developing nations. The talks ultimately collapsed after no progress with no agreements reached between the participants. PHOTO BY JACK KURTZ 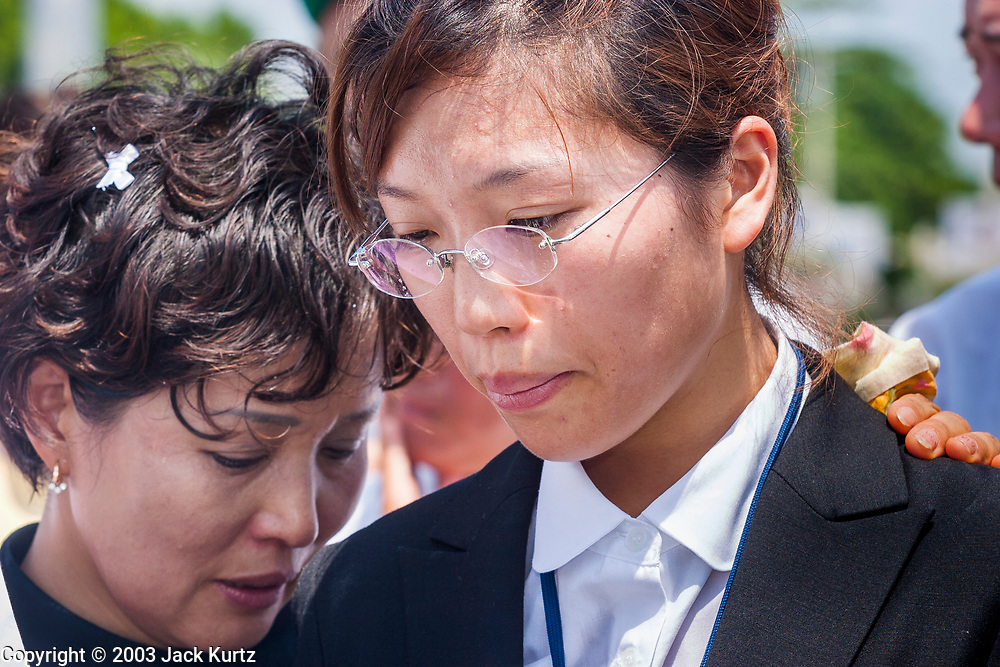