29 OCTOBER 2019 - DES MOINES, IOWA: A dusting of snow on top of a trash can in downtown Des Moines early in the morning after an unseasonably early snow. An unseasonably early dusting of snow, less than 1 inch, blanketed the Des Moines area Tuesday morning. The snow did not accumulate on roads or sidewalks. Des Moines normally gets its first accumulation of snow in mid-November. More snow is expected later this week. PHOTO BY JACK KURTZ 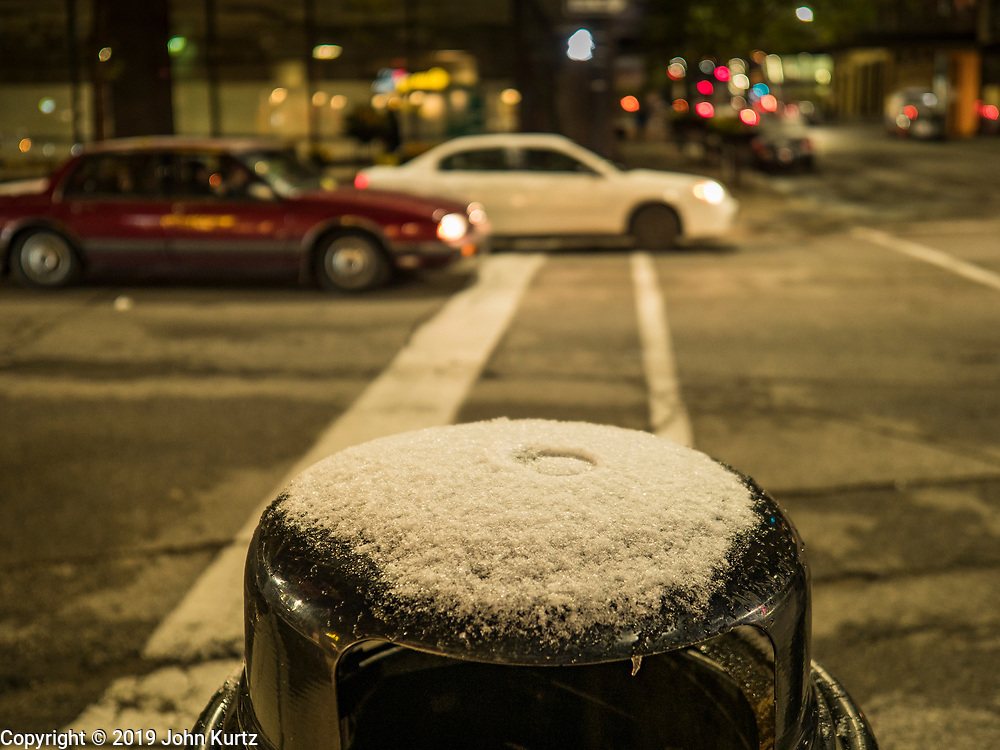