31 MAY 2016 - SIEM REAP, CAMBODIA: Tour boats beached in Sangkat Tuek Vil village on the West Baray near Siem Reap. The West Baray is an enormous reservoir by the Khmer empire in the 11th century. It is 8,000 metres long and 2,100 metres wide. It was built by hand and used to provide agricultural and domestic water to the empire based in the Angkor Wat complex. The Baray is still in use as a reservoir for farms in the area. It is empty for the first time in the living memory of the people who live around it. While the water level fluctuates enormously from the rainy season the dry season, it's virtually unheard for the Baray to be empty and it's been empty for at least a month. The boats that take tourists across the reservoir are beached and many of the small restaurants are closed until it floods again. Recent small rains have seen the water level rise a few inches but not enough to accommodate the boats. PHOTO BY JACK KURTZ 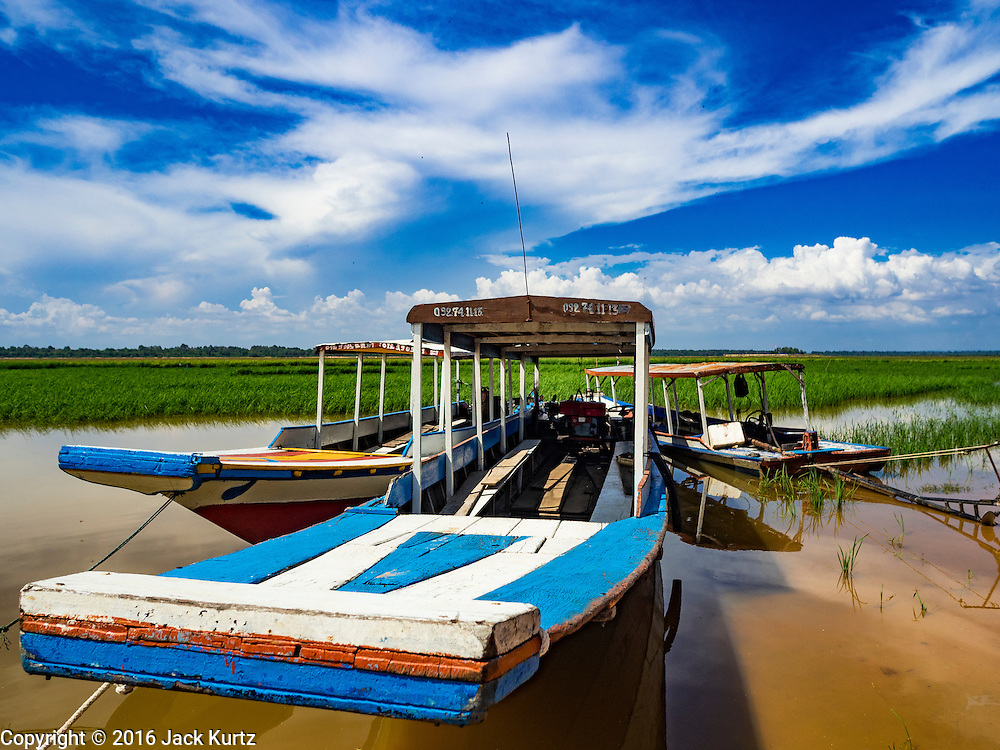