17 JUNE 2015 - RANGAE, NARATHIWAT, THAILAND: A Thai woman Ranger drills with an HK33 Assault Rifle. There are 5 platoons of women Rangers serving in Thailand's restive Deep South. They generally perform security missions at large public events and do public outreach missions, like home wellness checks and delivering food and medicine into rural communities. The medics frequently work in civilian clothes because the Rangers found people are more relaxed around them when they're in civilian clothes. About 6,000 people have been killed in sectarian violence in Thailand's three southern provinces of Narathiwat, Pattani and Yala since a Muslim insurgency started in 2004. Attacks usually spike during religious holidays. Insurgents are fighting for more autonomy from the central government in Bangkok. PHOTO BY JACK KURTZ 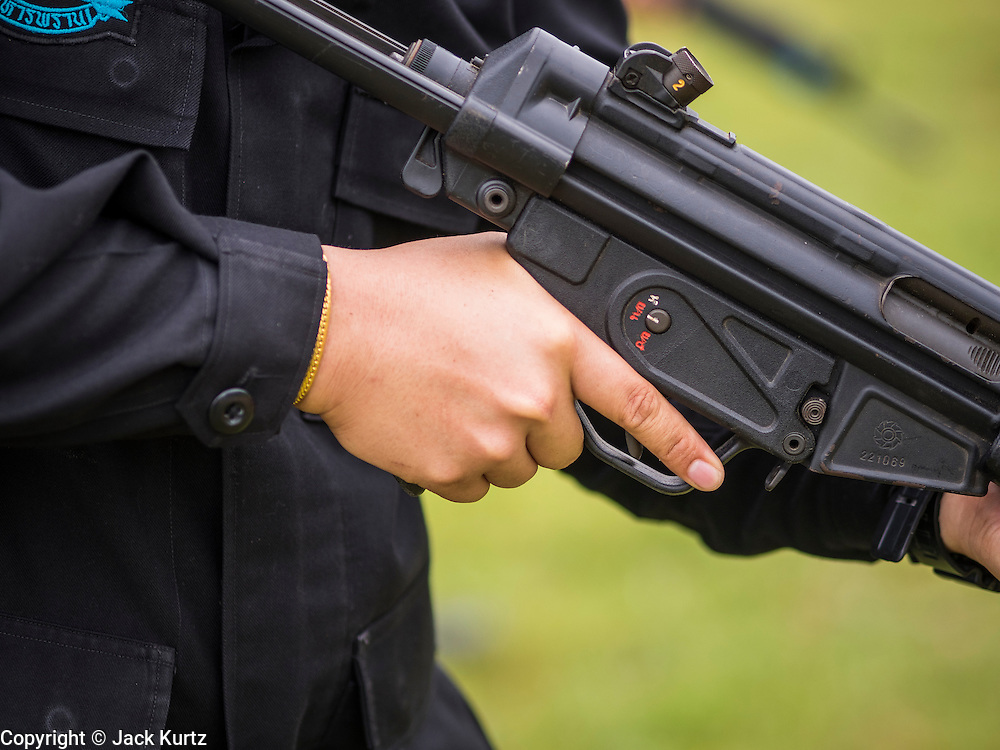