05 JANUARY 2019 - MINBURI, BANGKOK, THAILAND: SUDARAT KEYURAPHAN (center left, pink blouse, pink skirt), the Pheu Thai Party candidate for Prime Minister of Thailand, and other supporters of the Pheu Thai Party pray before monks collected alms at the Kwan Riam Floating Market at Wat Bamphen Nuea in Minburi, east of downtown Bangkok. The Thai government has tentatively scheduled a general election for 24 February 2019. It will be Thailand's first election since a military coup overthrew the government of Yingluck Shinawatra in 2014. Yingluck was a the leader of the Pheu Thai Party before her ouster. Sudarat was a member of Thaksin Shinawatra's cabinet. Thaksin's government was also deposed by a coup in 2006. PHOTO BY JACK KURTZ 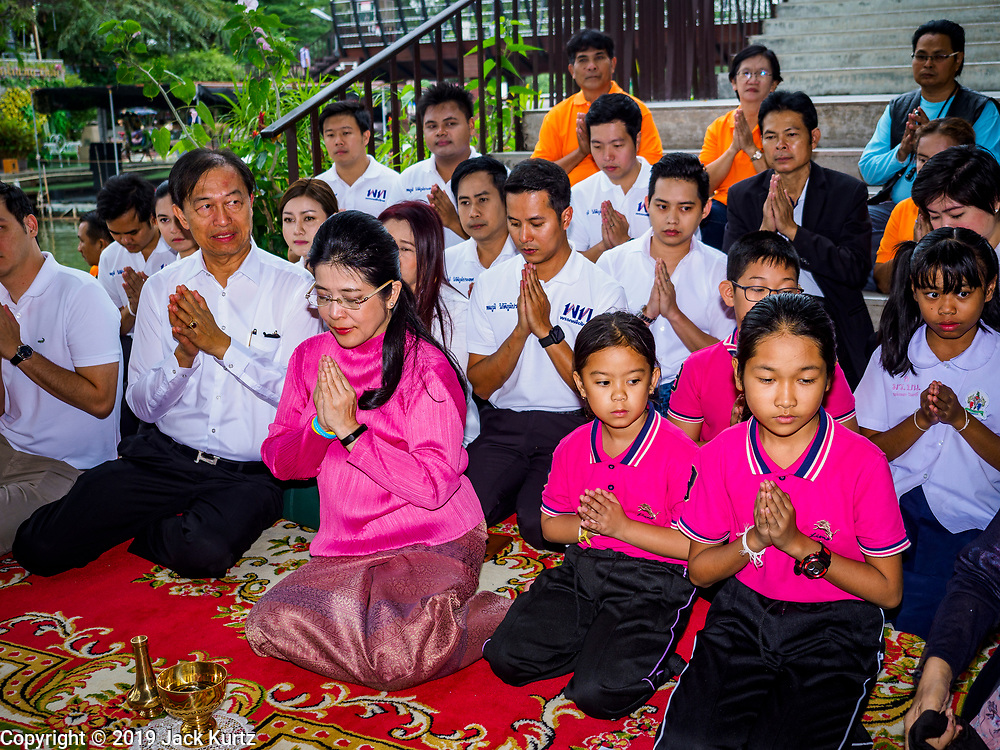