07 AUGUST 2013 - BANGKOK, THAILAND: Former Thai Prime Minister ABHISIT VEJJAJIVA, left, walks through a crowd of photographers and riot police to reach the Thai Parliament building during anti-amnesty protests in Bangkok. Abhisit's party, the Democrats, organized the anti-amnesty protest. About 2,500 protestors opposed to an amnesty bill proposed by Thailand's ruling party marched towards the Thai parliament in the morning. The amnesty could allow exiled fugitive former Prime Minister Thaksin Shinawatra to return to Thailand. Thaksin's supporters are in favor of the bill but Thai Yellow Shirts and government opponents are against the bill. Thai police deployed about more than 10,000 riot police and closed roads around the parliament. Although protest leaders called off the protest rather than confront police, a few people were arrested for assaulting police when they tried to break through police lines. Several police officers left the scene under medical care after they collapsed in the heat. PHOTO BY JACK KURTZ 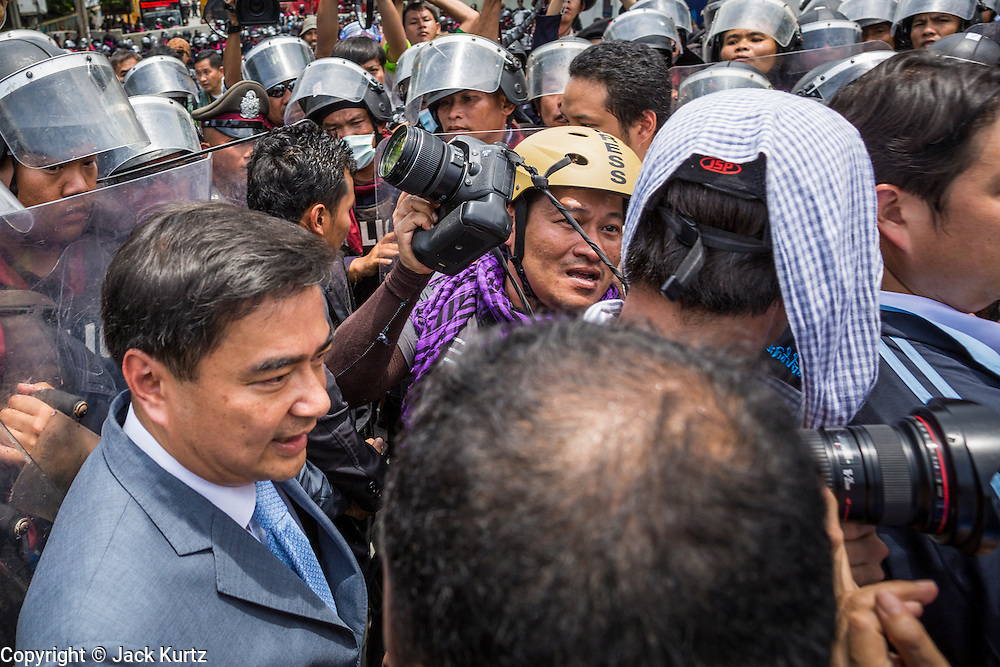