17 FEBRUARY 2014 - BANGKOK, THAILAND: An anti-government protestor on top of a wall around Government House cheers for Suthep Thaugsuban, leader of the protest movement. The anti-government protest movement, led by the People's Democratic Reform Committee and called Shutdown Bangkok has been going on for more than a month. The protest movement called, the People's Democratic Reform Committee (PDRC), wants to purge the current ruling party and its patrons in the Shinawatra family from Thai politics. The movement has consistently refused any dialogue or negotiations with the Pheu Thai ruling party. Over the weekend Thai police claimed to have taken the protest areas around Government House (the Prime Minister's office) away from protestors but on Monday protestors marched unimpeded to Government House and retook the area. PHOTO BY JACK KURTZ 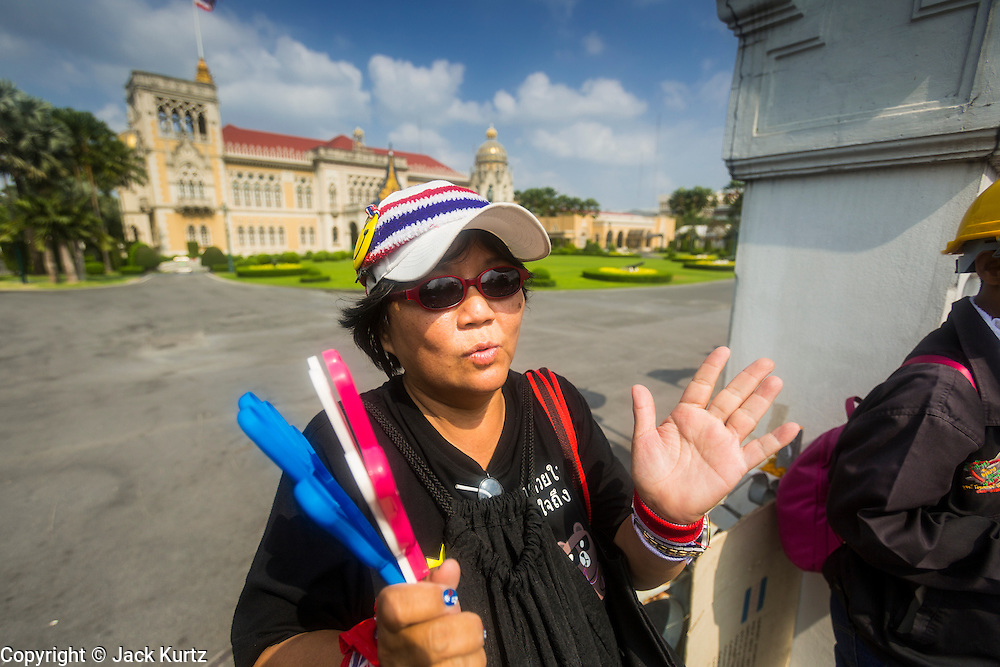