09 JUNE 2013 - BANGKOK, THAILAND: Members of the White Mask protest movement at an anti-government protest on the plaza in front of Central World in Bangkok. The White Mask protesters wear the Guy Fawkes mask popularized by the movie "V for Vendetta" and the protest groups Anonymous and Occupy. Several hundred members of the White Mask movement gathered on the plaza in front of Central World, a large shopping complex at the Ratchaprasong Intersection in Bangkok, to protest against the government of Thai Prime Minister Yingluck Shinawatra. They say that her government is corrupt and is a "puppet" of ousted (and exiled) former PM Thaksin Shinawatra. Thaksin is Yingluck's brother. She was elected in 2011 when her brother endorsed her. PHOTO BY JACK KURTZ 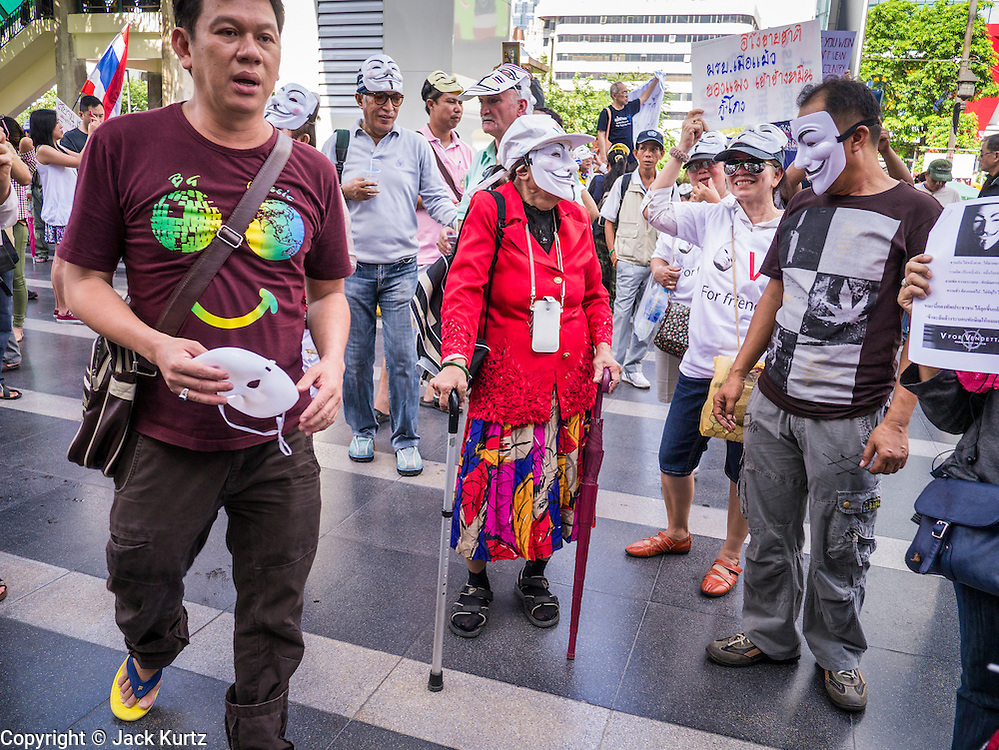