24 MARCH 2017 - BANGKOK, THAILAND: People walk by a vendor selling coconut water on Sukhumvit Road near Soi 69 (Phra Khanong). The coconut water vendor and the food carts behind her have to leave the area by 17 April. Food cart vendors along Sukhumvit Road between Sois 55 (Thong Lo) and 69 (Phra Khanong) in Bangkok have been told by city officials that they have to leave the area by 17 April. It's a part of an effort by Bangkok city government, supported by the ruling junta, to take back the city's sidewalks. The evictions in the area are the latest in mass evictions of Bangkok street food vendors after similar actions elsewhere on Sukhumvit, in the Ari area, in Silom/Patpong and Ratchaprasong neighborhoods. The vendors in Thong Lo/Phra Khanong are popular with local office workers because most of the formal restaurants in the area serve foreign tourists and upper class Thais and are very expensive. The street food carts serve meals starting at about 35Baht ($1US). The city has not announced if they will provide alternative locations for the carts. PHOTO BY JACK KURTZ 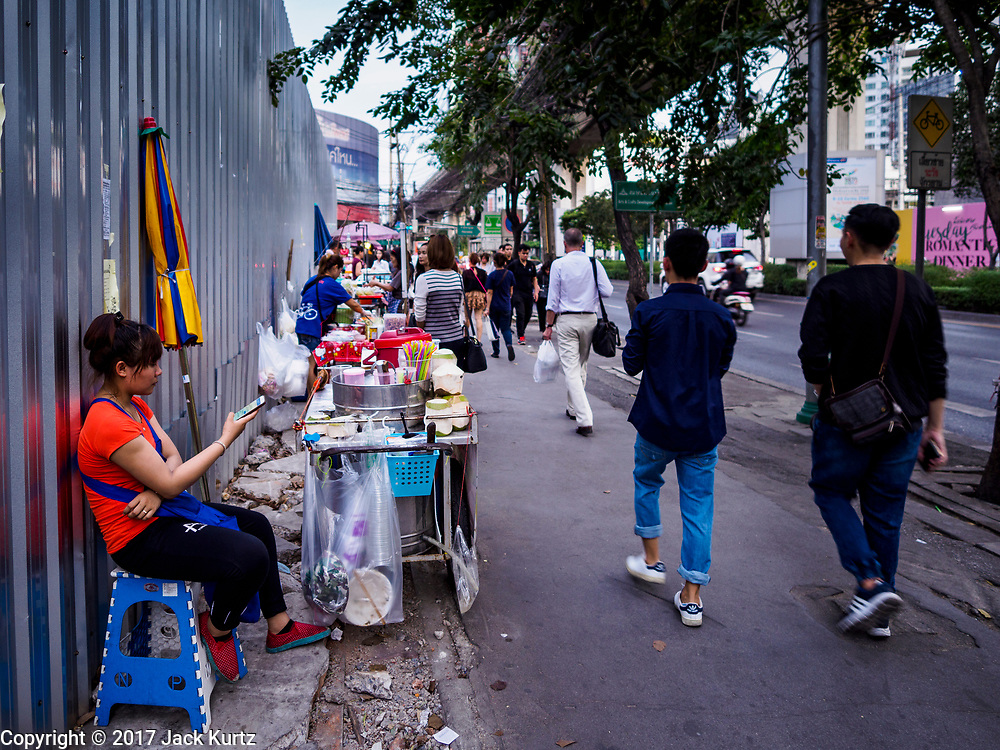