30 NOVEMBER 2013 - BANGKOK, THAILAND: Anti-government protestors march up Chaeng Watthana Road, near the Government Complex in Bangkok Saturday. Political faultlines in Bangkok, the Thai capital, hardened Saturday. Antigovernment factions repeated promises to strike at the heart of Bangkok Sunday and bring down the government while thousands of Red Shirts, who support the government, have come to Bangkok from their base in rural Thailand to defend the government. Prime Minister Yingluck Shinawatra has appealed for calm, but her opponents have rejected all requests for negotiations saying the only acceptable outcome is the eradication of the government. PHOTO BY JACK KURTZ 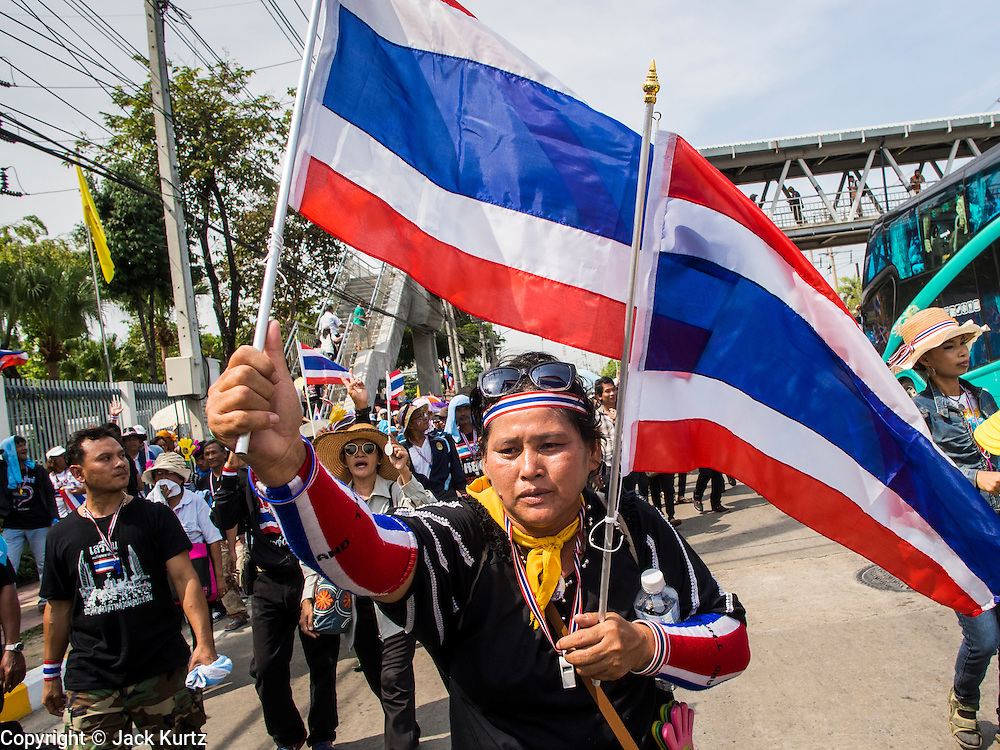