21 SEPTEMBER 2016 - BANGKOK, THAILAND: An egg vendor in her street stall next to what used to be the Bang Chak Market. She used to have a shop in the market. She moved out to the street when the market was closed. The market closed permanently on January 4, 2016. The Bang Chak Market served the community around Sois 91-97 on Sukhumvit Road in the Bangkok suburbs. Bangkok city authorities put up notices in late November 2015 that the market would be closed by January 1, 2016 and redevelopment would start shortly after that. Market vendors said condominiums are being built on the land. PHOTO BY JACK KURTZ 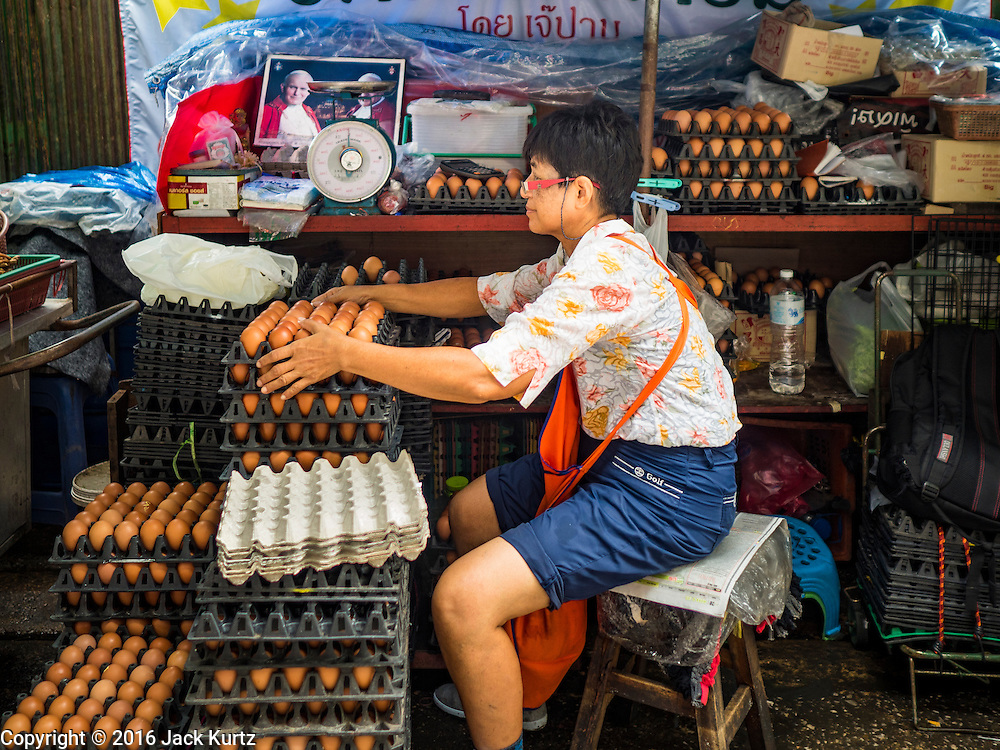