11 APRIL 2012 - HO CHI MINH CITY, VIETNAM: Construction of a new office tower with a helicopter landing pad behind a colonial era building in Ho Chi Minh City, Vietnam. Vietnam, one of the last communist countries in the world, is in the midst of a building boom and capitalist expansion, making it one of the Asian "tigers." Ho Chi Minh City, formerly Saigon, is the largest city in Vietnam and the country's commercial center. It was the capital of South Vietnam before the reunification in 1975 and still shows more signs of American influence than northern Vietnam does. PHOTO BY JACK KURTZ 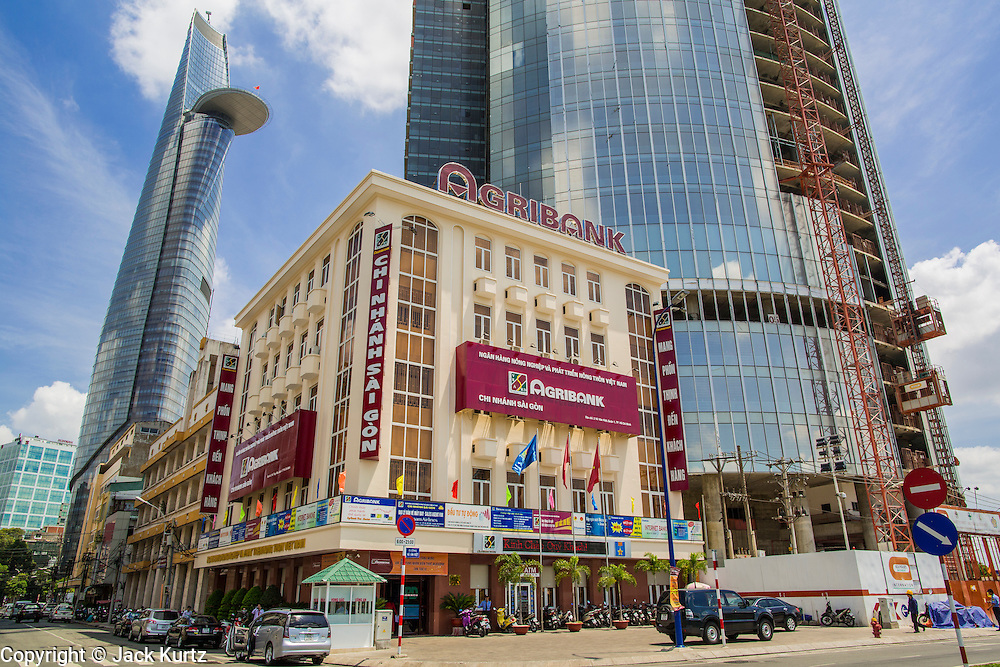