June 28, 2008 - PHOENIX, AZ: Phoenix police officer J. RAMIREZ clears a shotgun turned in during the gun bay back Saturday. The city of Phoenix conducted its first gun buy back program Saturday. People who turned in a functioning gun of any sort were given a card good for $100 worth of groceries at Basha's or Food City grocery stores in the Phoenix area. The program was funded by a donation of $10,000 worth of cards. All of the cards were given away within hours of the start of the program. Critics said the buy back was a sham, that only old, barely serviceable firearms would be turned in. Most of the guns turned in did appear to be old, but all were functioning. Photo by Jack Kurtz / ZUMA Press 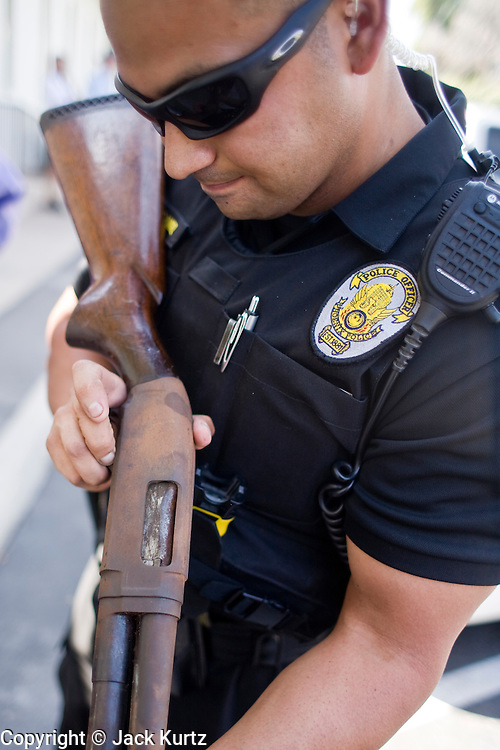