11 APRIL 2017 - BANGKOK, THAILAND: A man in a wheelchair hands out photos of Bhumibol Adulyadej, the Late King of Thailand, as Songkran holiday travelers walk into Hua Lamphong train station in Bangkok. Songkran is the traditional Thai Lunar New Year. It is celebrated, under different names, in Thailand, Myanmar, Laos, Cambodia and some parts of Vietnam and China. In most places the holiday is marked by water throwing and water fights and it is sometimes called the "water festival." This year's Songkran celebration in Thailand will be more subdued than usual because Thais are still mourning the October 2016 death of their revered Late King, Bhumibol Adulyadej. Songkran is officially a three day holiday, April 13-15, but is frequently celebrated for a full week. Thais start traveling back to their home provinces over the weekend; busses and trains going out of town have been packed. PHOTO BY JACK KURTZ 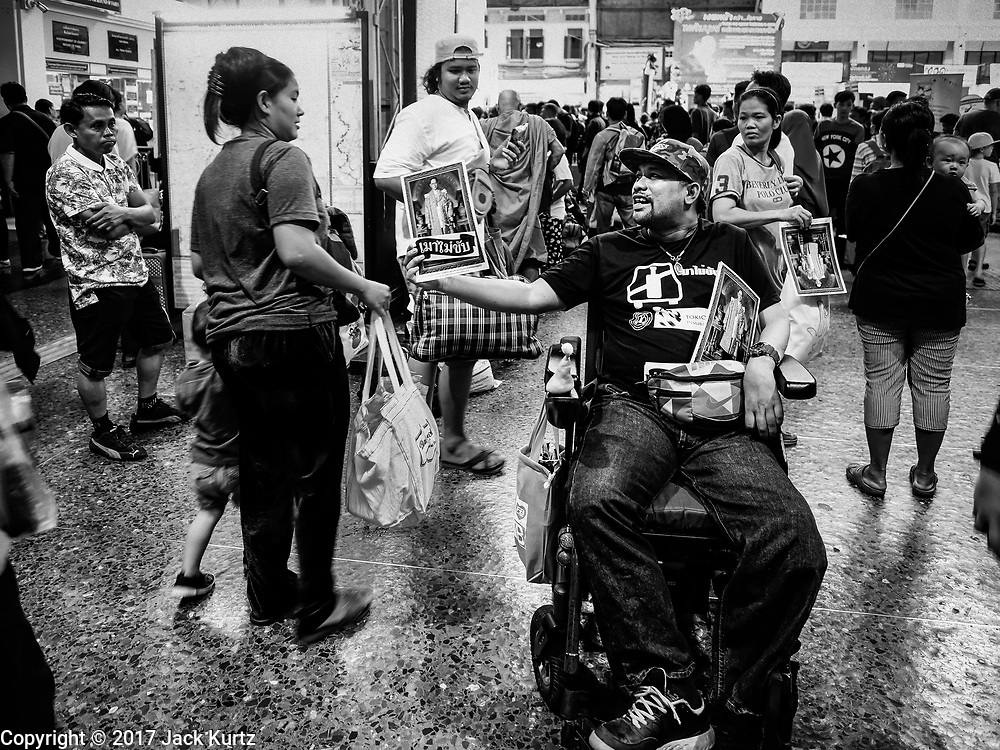