09 MARCH 2015 - NA KHOK, SAMUT SAKHON, THAILAND: A Burmese migrant worker on a salt farm near Samut Sakhon, Thailand, brings salt to a warehouse during the salt harvest. The coastal provinces of Samut Sakhon and Samut Songkhram, about 60 miles from Bangkok, are the center of Thailand's sea salt industry. Salt farmers harvest salt from the waters of the Gulf of Siam by flooding fields and then letting them dry through evaporation, leaving a crust of salt behind. Salt is harvested through dry season, usually February to April. The 2014 salt harvest went well into May because the dry season lasted longer than normal. Last year's harvest resulted in a surplus of salt, driving prices down. Some warehouses are still storing salt from last year. It's been very dry so far this year and the 2015 harvest is running ahead of last year's bumper crop. One salt farmer said prices are down about 15 percent from last year. PHOTO BY JACK KURTZ 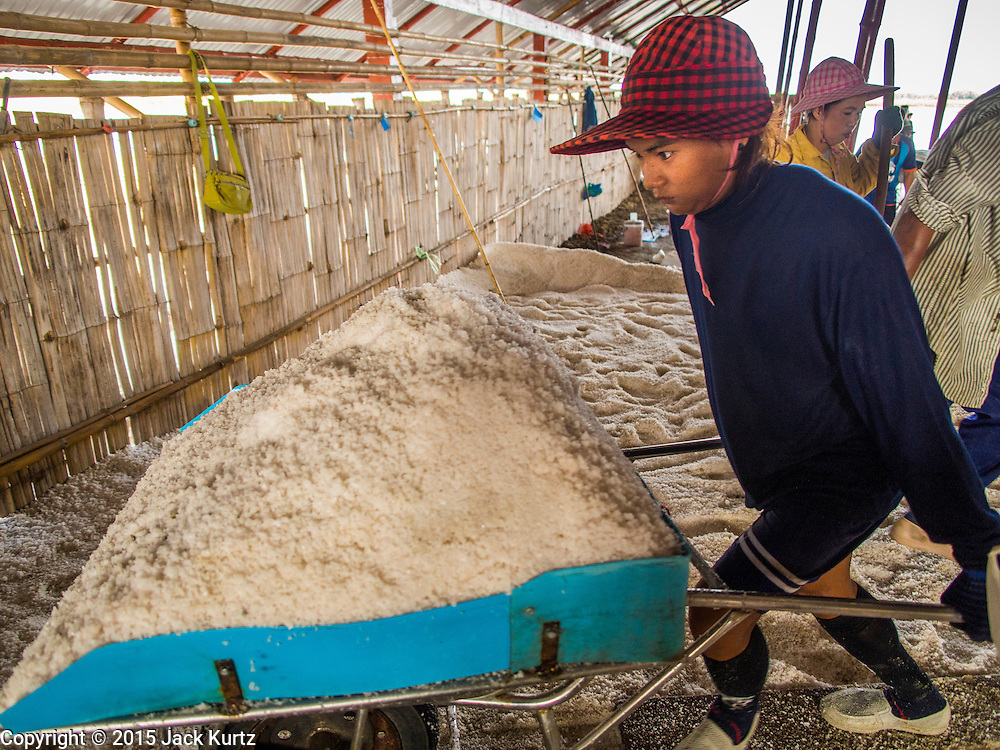