24 FEBRUARY 2014 - BANGKOK, THAILAND: Roses left by mourners on the ground next to a bloody hat worn by the victim of a grenade attack on anti-government protestors at the Ratchaprasong intersection in Bangkok. At least four people, three of them children, were killed in political violence over the weekend in Thailand. One in Trat province, near the Cambodian border, and three in Bangkok, at the Ratchaprasong protest site. At the Ratchaprasong site a grenade was fired into a crowd killing a child and an adult. A second child, injured in the blast, died overnight in a Bangkok hospital. PHOTO BY JACK KURTZ 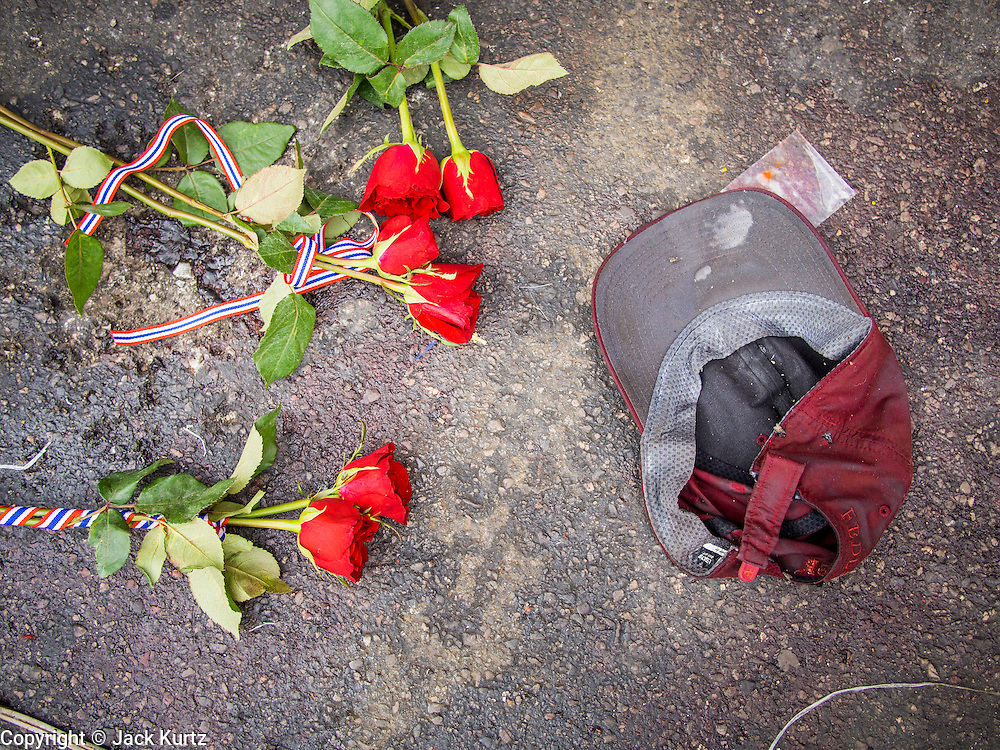