15 FEBRUARY 2016 - ARANYAPRATHET, SA KAEO, THAILAND: A motorcycle owner in Aranyaprathet, Thailand, pulls a load of bottled water to the Cambodian side of the border. Thais selling bottled water in the border town of Aranyaprathet, opposite Poipet, Cambodia, have reported a surge in sales recently. Cambodian officials told their Thai counterparts that because of the 2016 drought, which is affecting Thailand and Cambodia, there have been spot shortages of drinking water near the Thai-Cambodian and that "water shortages in Cambodia had prompted people to hoard drinking water from Thailand." PHOTO BY JACK KURTZ 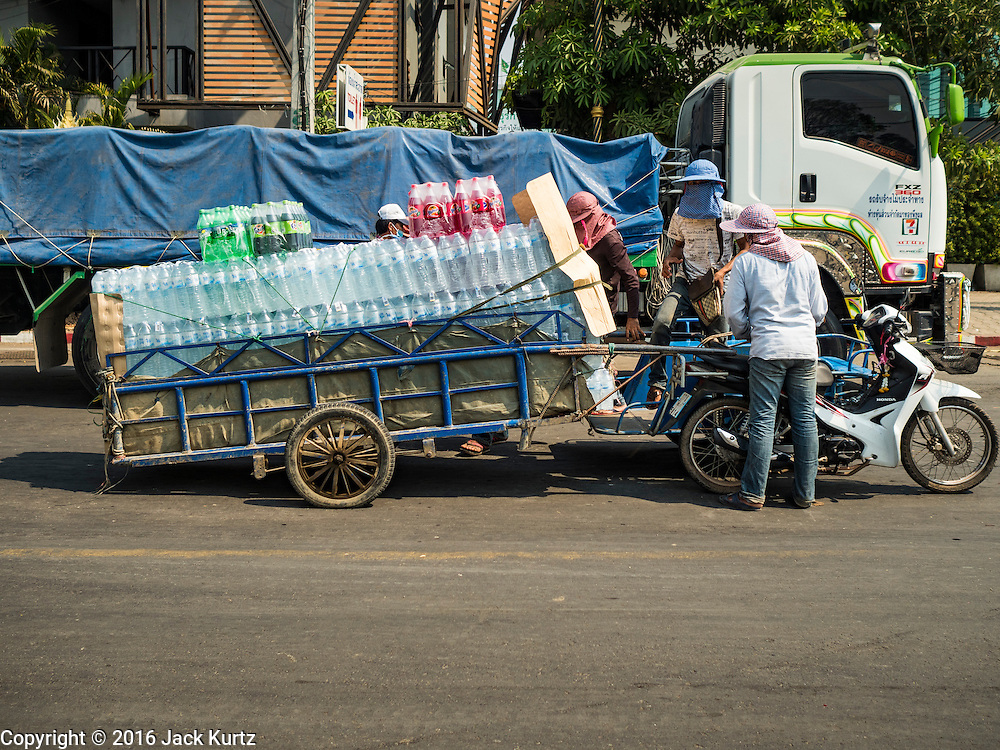