24 DECEMBER 2013 - BANGKOK, THAILAND: Protestors string up a tarp in front of one of the chained gates to the Thai-Japan Stadium in Bangkok. The sign on the gate says "E-Poo get out," E-Poo is a nickname for caretaker Prime Minister Yingluck Shinawatra. Hundreds of anti-government protestors are camped out around the Thai-Japan Stadium in Bangkok, where political parties are supposed to register for the election on February 2. As of Dec 24, nine of the more than 30 parties were able to register. Protestors hope to prevent the election. The action is a part of the ongoing protests in Bangkok that have caused the dissolution of the elected government. PHOTO BY JACK KURTZ 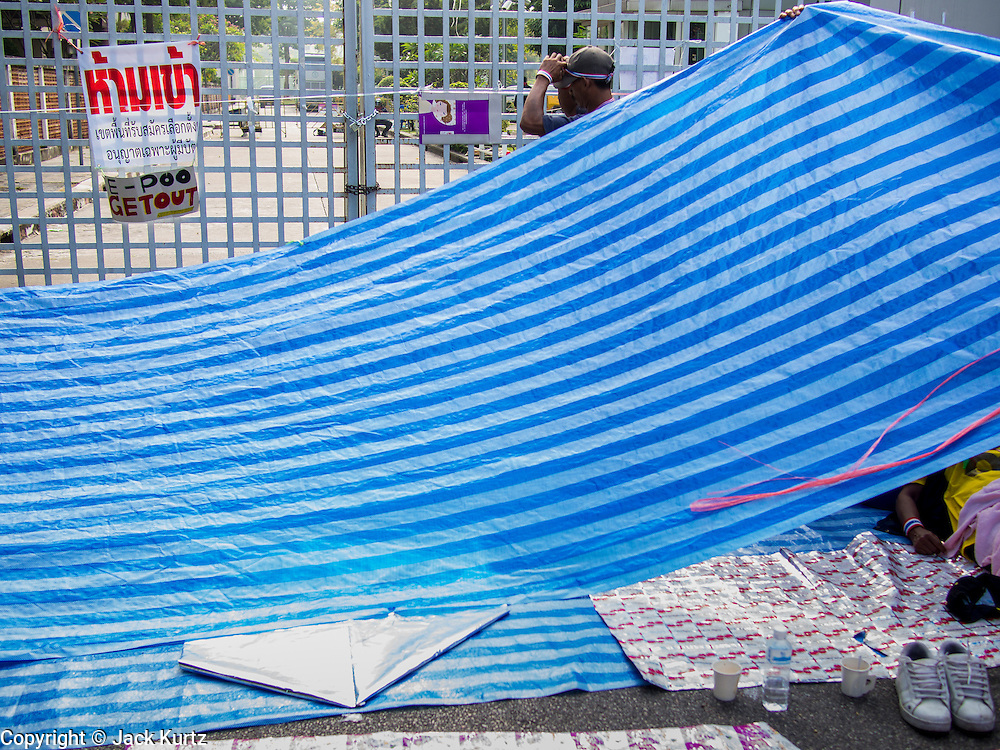