19 JANUARY 2016 - SI LIAM, BURI RAM, THAILAND: The community reservoir in Si Liam, Buri Ram, is lower than it has ever been forcing residents to find an alternative source of domestic water. The reservoir, which is rain fed, is not expected to refill until the rainy season starts in May, leaving the community without water for four months. The drought gripping Thailand was not broken during the rainy season. Because of the Pacific El Nino weather pattern, the rainy season was lighter than usual and many communities in Thailand, especially in northeastern and central Thailand, are still in drought like conditions. Some communities, like Si Liam, in Buri Ram, are running out of water for domestic consumption and residents are traveling miles every day to get water or they buy to from water trucks that occasionally come to the community. The Thai government has told farmers that can't plant a second rice crop (Thai farmers usually get two rice crops a year from their paddies). The government is also considering diverting water from the Mekong and Salaween Rivers, on Thailand's borders to meet domestic needs but Thailand's downstream neighbors object to that because it could leave them short of water. PHOTO BY JACK KURTZ 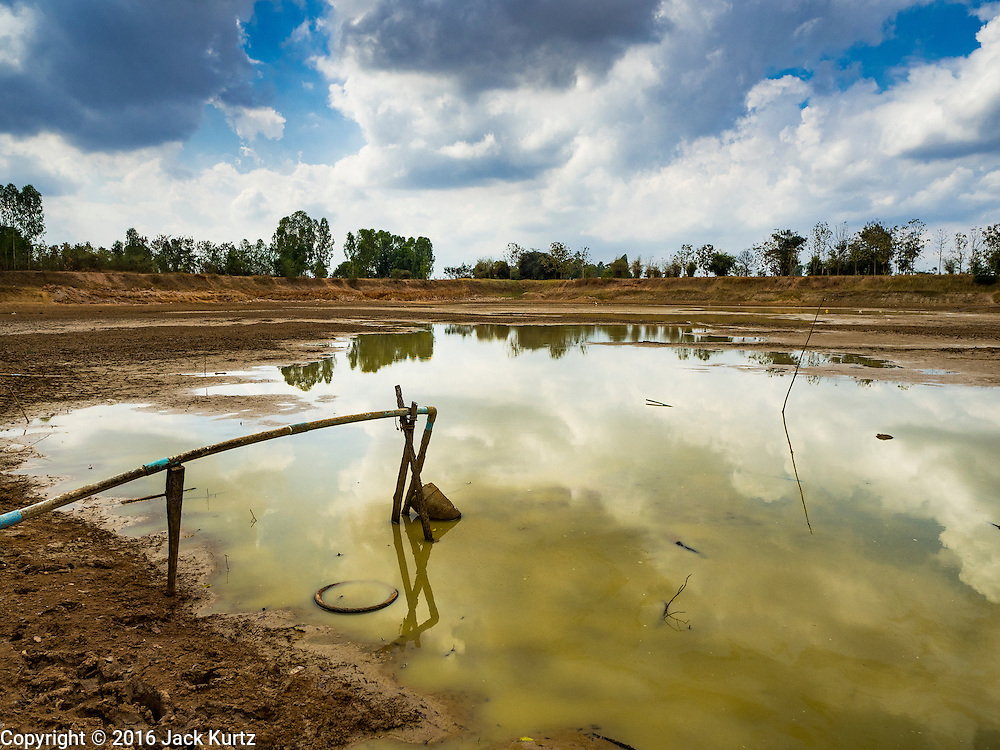