17 JANUARY 2016 - BANGKOK, THAILAND: A woman cooks an order at a food stand on Sukhumvit Soi 38, one of the most famous street food areas in Bangkok. Her family has operated a restaurant on the street for generations. The food carts and small restaurants along the street have been popular with tourists and Thais alike for more than 40 years. The family that owns the land along the soi recently decided to sell to a condominium developer and not renew the restaurant owners' leases. More than 40 restaurants and food carts will have to close. Most of the restaurants on the street closed during the summer of 2015. The remaining restaurants are supposed to close by the end of this week. PHOTO BY JACK KURTZ 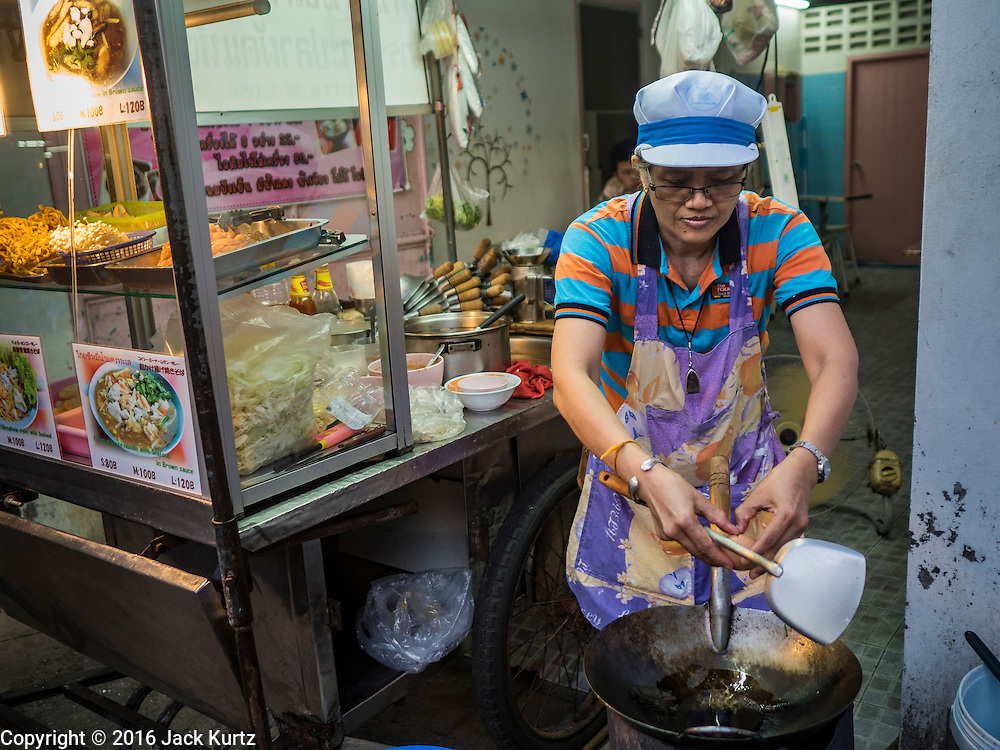