15 FEBRUARY 2010 -- TEMPE, AZ: Sen John McCain (CENTER RED TIE) waits for mayors from Arizona cities to get in place around him for a photo after a press conference at American Legion Hall Post 2 in Tempe Monday morning. McCain introduced more than 30 mayors from across Arizona that have or will be endorsing him in his primary against former TV sports anchor and Congressman J.D. Hayworth. Hayworth, an arch conservative, is running against McCain for being too liberal on spending and immigration. PHOTO BY JACK KURTZ 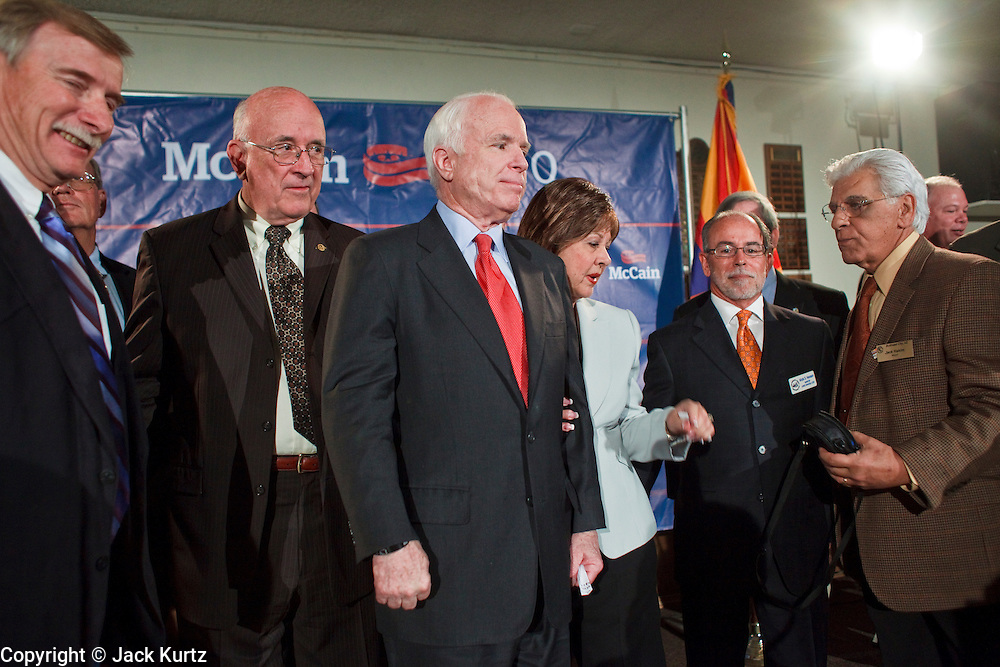