19 JUNE 2013 - YANGON, MYANMAR: Books by and about Burmese democracy icon Aung San Suu Kyi for sale on the street in Yangon. Two years ago book about her were banned by the Burmese government. The Burmese newspaper industry has enjoyed explosive growth this year after private ownership was allowed in 2013. Private newspapers were shut down under former Burmese leader Ne Win in the early 1960s. The revitalized private press is a sign of the dramatic changes sweeping Myanmar, formerly Burma, in the last three years. PHOTO BY JACK KURTZ 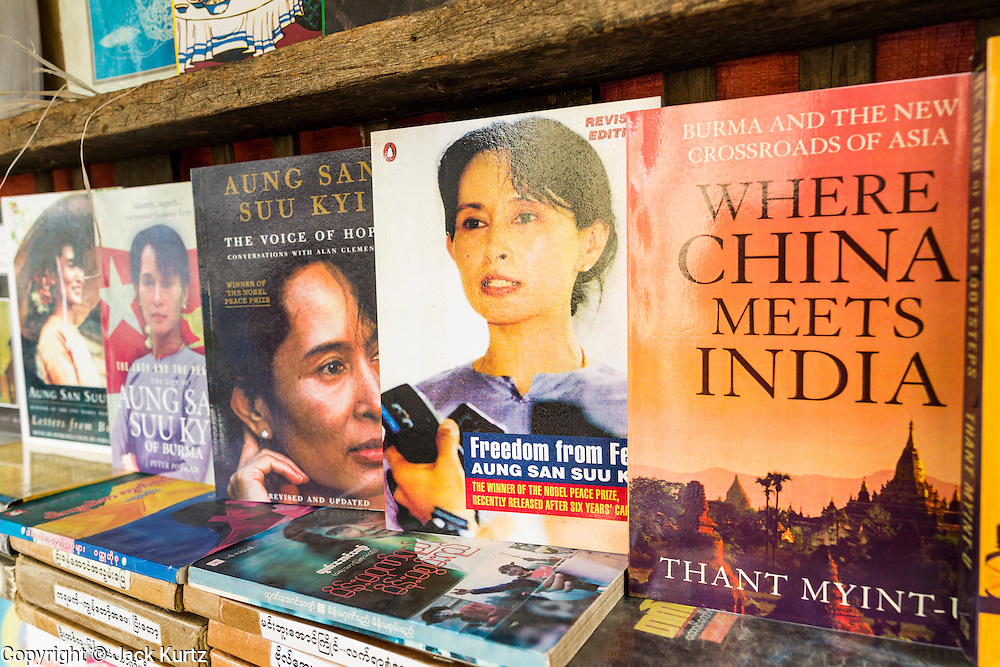