20 AUGUST 2015 - BANGKOK, THAILAND: A girl leans against a pillar in the temple at the funeral for Yutnarong Singraw Thursday. More than 100 people gathered at Wat Bang Na Nok in Bangkok for the third day of the funeral rites for Yutnarong Singraw, a Thai man who was killed in the bombing at the Erawan Shrine in Bangkok Monday. Yutnarong was delivering legal documents when the blast occurred. More than 20 people were killed and more than 100 injured in the blast. PHOTO BY JACK KURTZ 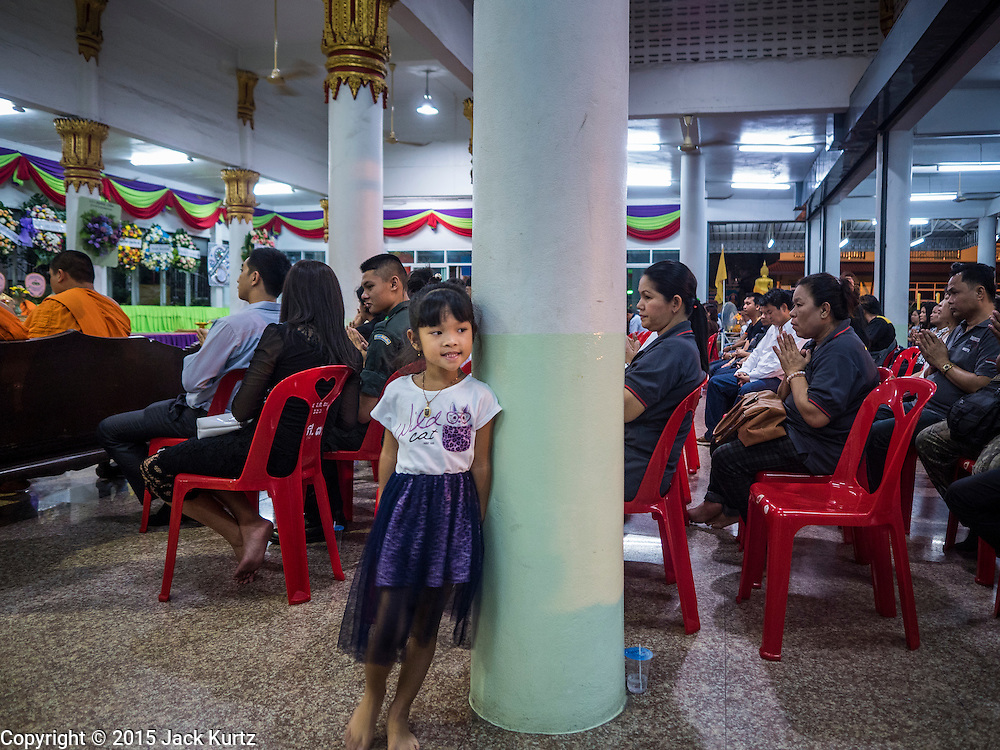