06 OCTOBER 2012 - BANGKOK, THAILAND: Women socialize after doing Tai Chi exercises with ceremonial swords in Lumphini Park in Bangkok. The Thai government promotes exercise classes as a way staying healthy. Lumphini Park is 142 acre (57.6-hectare) park in Bangkok, Thailand. This park offers rare open public space, trees and playgrounds in the congested Thai capital. It contains an artificial lake where visitors can rent boats. Exercise classes and exercise clubs meet in the park for early morning workouts and paths around the park totalling approximately 1.55 miles (2.5 km) in length are a popular area for joggers. Cycling is only permitted during the day between the times of 5am to 3pm. Smoking is banned throughout smoking ban the park. The park was created in the 1920's and named after Lumbini, the birthplace of the Buddha in Nepal. PHOTO BY JACK KURTZ 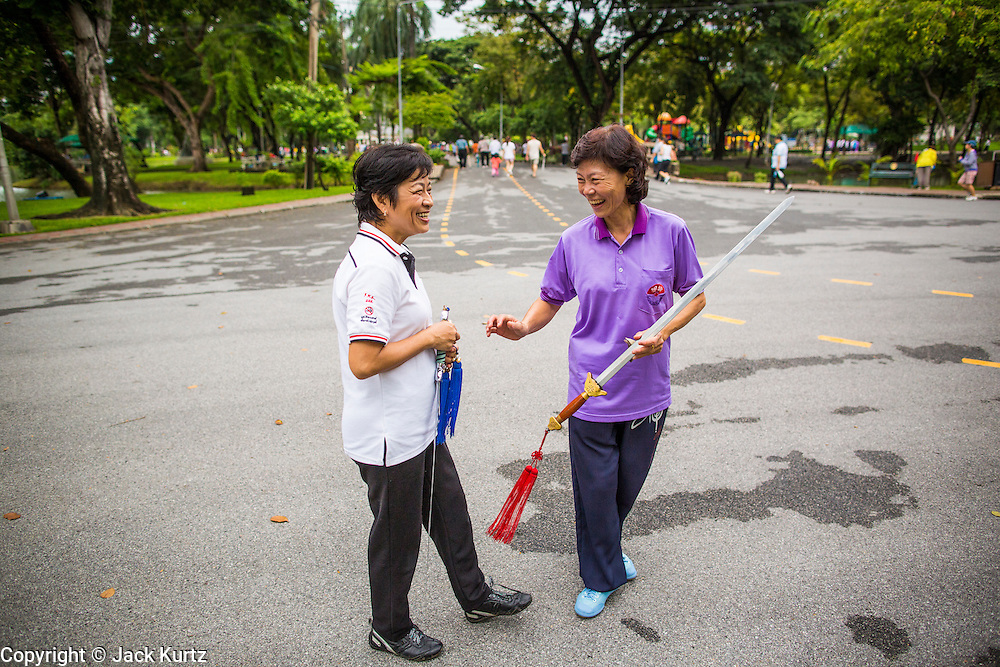