06 JUNE 2014 - IRRAWADDY DELTA, AYEYARWADY REGION, MYANMAR: A worker carries a bag of rice to a warehouse in Pathein, the administrative center of the Irrawaddy Delta (or Ayeyarwady Delta) in Myanmar. The region is Myanmar's largest rice producer, so its infrastructure of road transportation has been greatly developed during the 1990s and 2000s. Two thirds of the total arable land is under rice cultivation with a yield of about 2,000-2,500 kg per hectare. FIshing and aquaculture are also important economically. Because of the number of rivers and canals that crisscross the Delta, steamship service is widely available. PHOTO BY JACK KURTZ 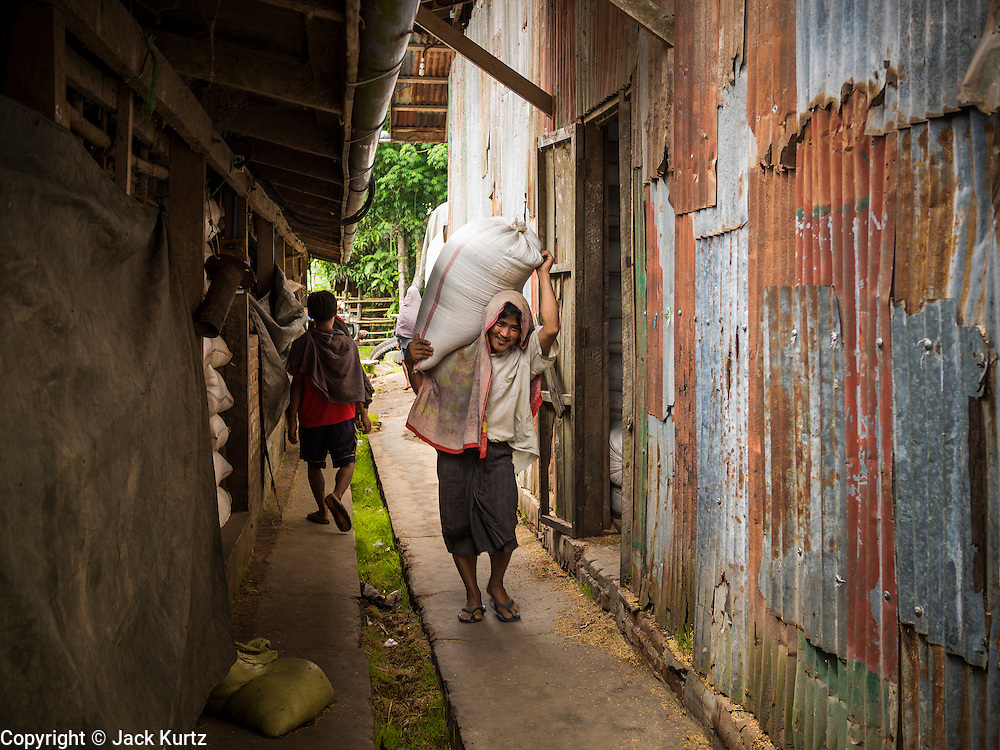