14 MAY 2010 - BANGKOK, THAILAND: A Thai soldier with a shotgun advances down Rama IV Road in Bangkok Friday. Thai troops patrol Rama IV Road in Bangkok Friday after clearing about 50 meters of the road of anti-government protesters who attacked the troops with rocks and home made explosives. Thai troops and anti government protesters clashed on Rama IV Road Friday afternoon in a series of running battles. Troops fired into the air and at protesters after protesters attacked the troops with rocket and small homemade explosives. Unlike similar confrontations in Bangkok, these protesters were not Red Shirts. Most of the protesters were residents of nearby Khlong Toei slum area, Bangkok's largest slum area. The running battle went on for at least two hours. PHOTO BY JACK KURTZ 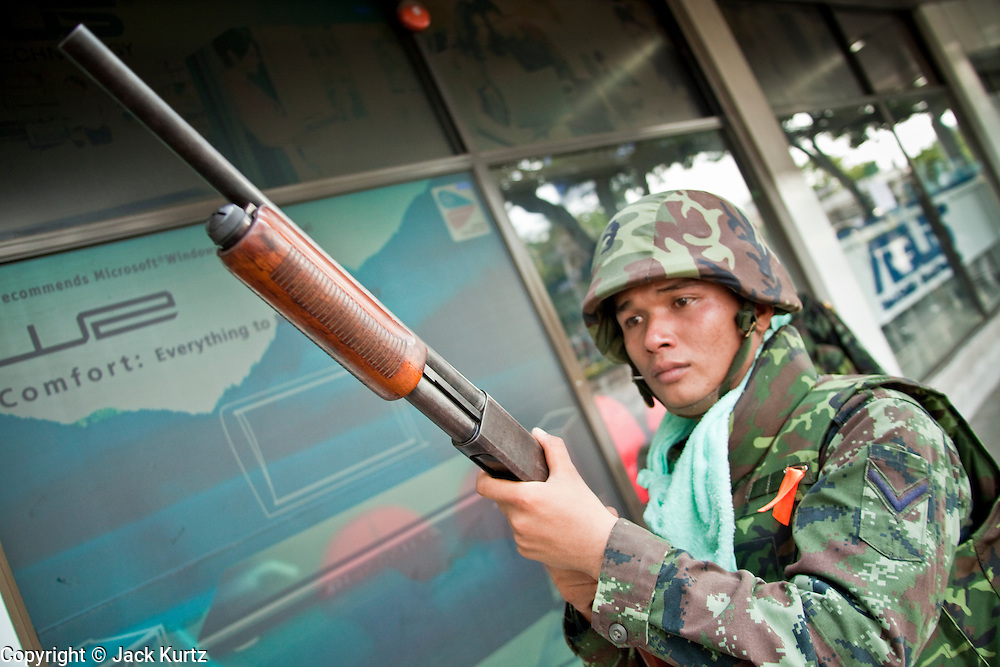