30 JUNE 2012 - PRESCOTT, AZ: "Pooper Scoopers" pick up horse dung during the Prescott Frontier Days Rodeo Parade. The pooper scoopers are among the most popular people in any parade that features lots of horses, and lots of horses march in the Prescott parade. The parade is marking its 125th year. It is one of the largest 4th of July Parades in Arizona. Prescott, about 100 miles north of Phoenix, was the first territorial capital of Arizona. PHOTO BY JACK KURTZ 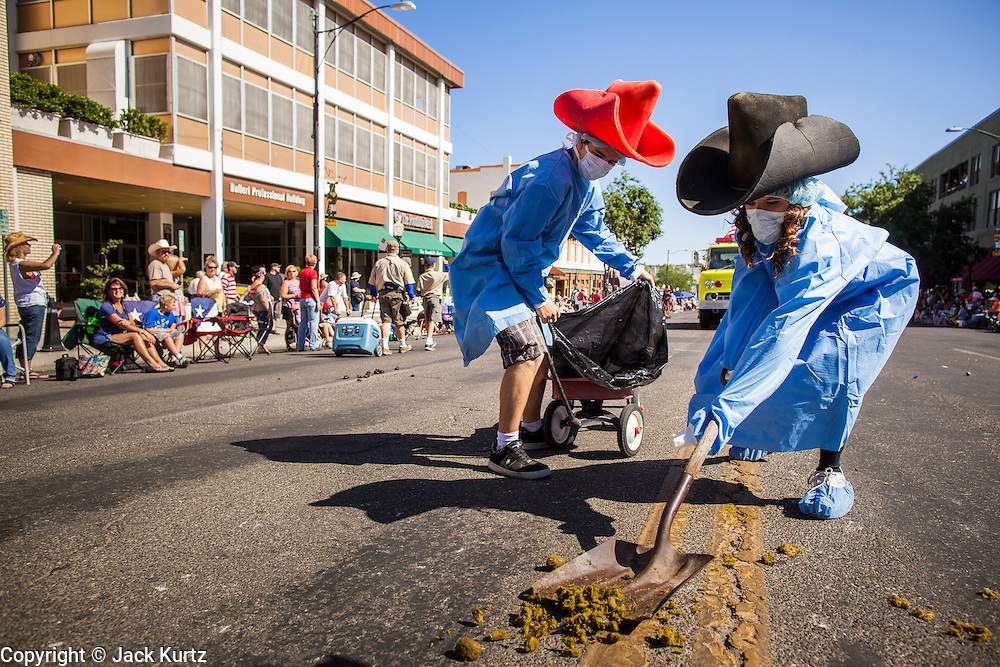