18 FEBRUARY 2014 - BANGKOK, THAILAND: A Thai woman with a banner supporting Bhumibol Adulyadej, the King of Thailand, stands in front of a line of police officers during a protest at Government House in Bangkok. Anti-government protestors aligned with Suthep Thaugsuban and the People's Democratic Reform Committee (PDRC) clashed with police Tuesday. Protestors opened fire on police with at rifles and handguns. Police returned fire with live ammunition and rubber bullets. The Bangkok Metropolitan Administration's Erawan Emergency Medical Centre reported that three civilians and a policeman were killed and 64 others were injured in the clashes between police and protesters. PHOTO BY JACK KURTZ 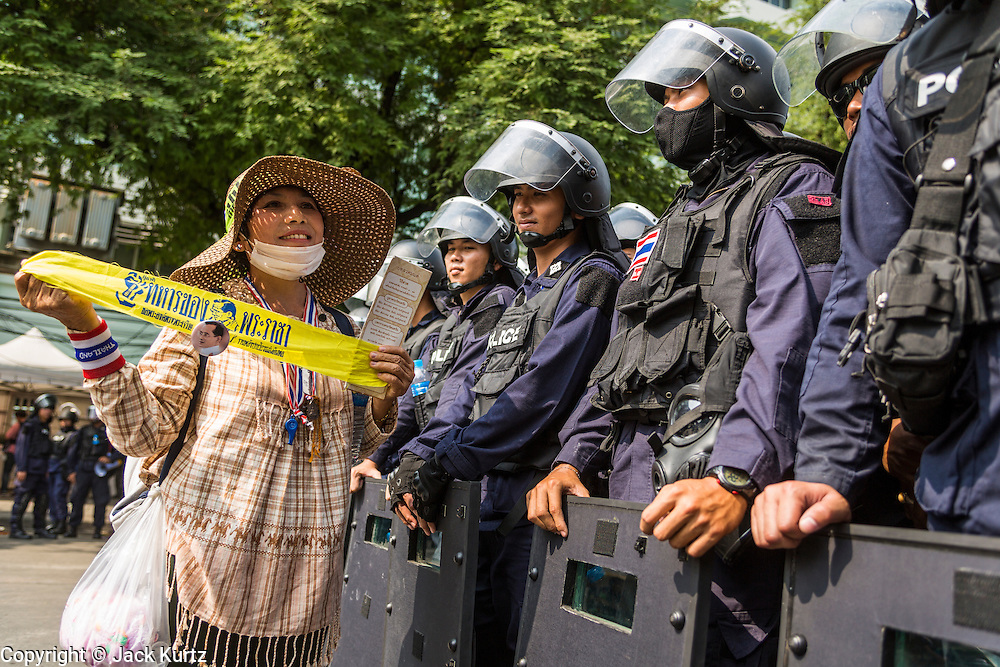