09 JUNE 2018 - IMJINGAK, PAJU, SOUTH KOREA: South Korean school children run past prayer flags hanging on a fence near the northernmost point on the South Korean side of the Korean DMZ in Imjingak. Imjingak is a park and greenspace in South Korea that is farthest north most people can go without military authorization. The park is on the south bank of Imjin River, which separates South Korea from North Korea and is close the industrial park in Kaesong, North Korea that South and North Korea have jointly operated. PHOTO BY JACK KURTZ 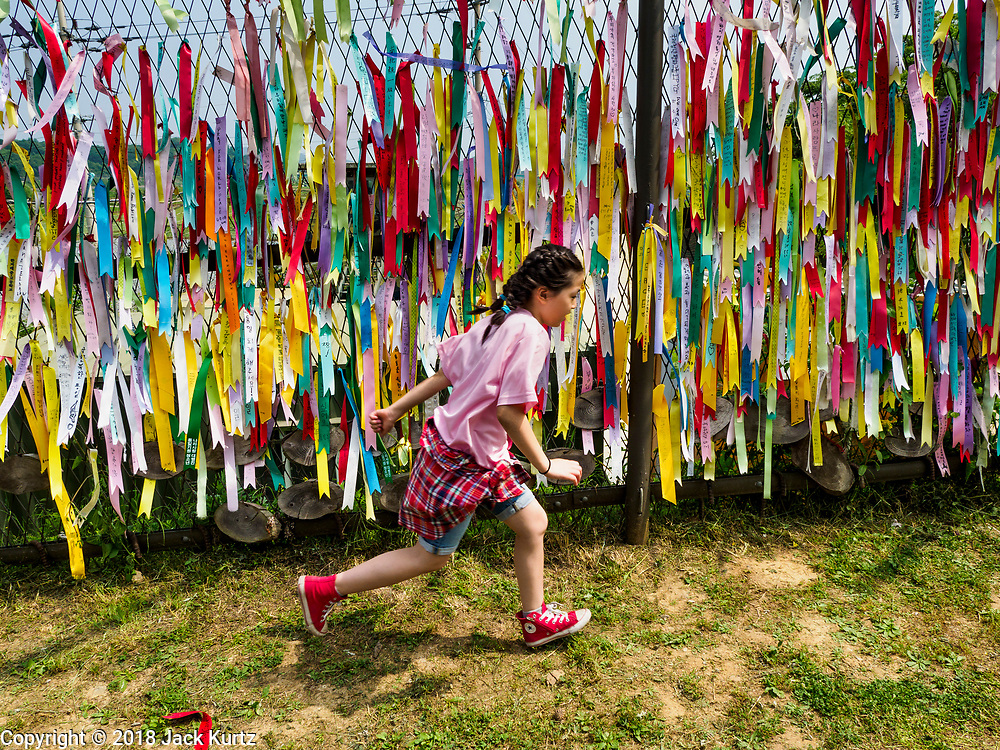