31 MARCH 2017 - BANGKOK, THAILAND: A worker hangs dyed silk threads to dry in a home in the Ban Krua neighborhood in Bangkok. The Ban Krua neighborhood of Bangkok is the oldest Muslim community in Bangkok. Ban Krua was originally settled by Cham Muslims from Cambodia and Vietnam who fought on the side of the Thai King Rama I. They were given a royal grant of land east of what was then the Thai capitol at the end of the 18th century in return for their military service. The Cham Muslims were originally weavers and what is known as "Thai Silk" was developed by the people in Ban Krua. Several families in the neighborhood still weave in their homes. PHOTO BY JACK KURTZ 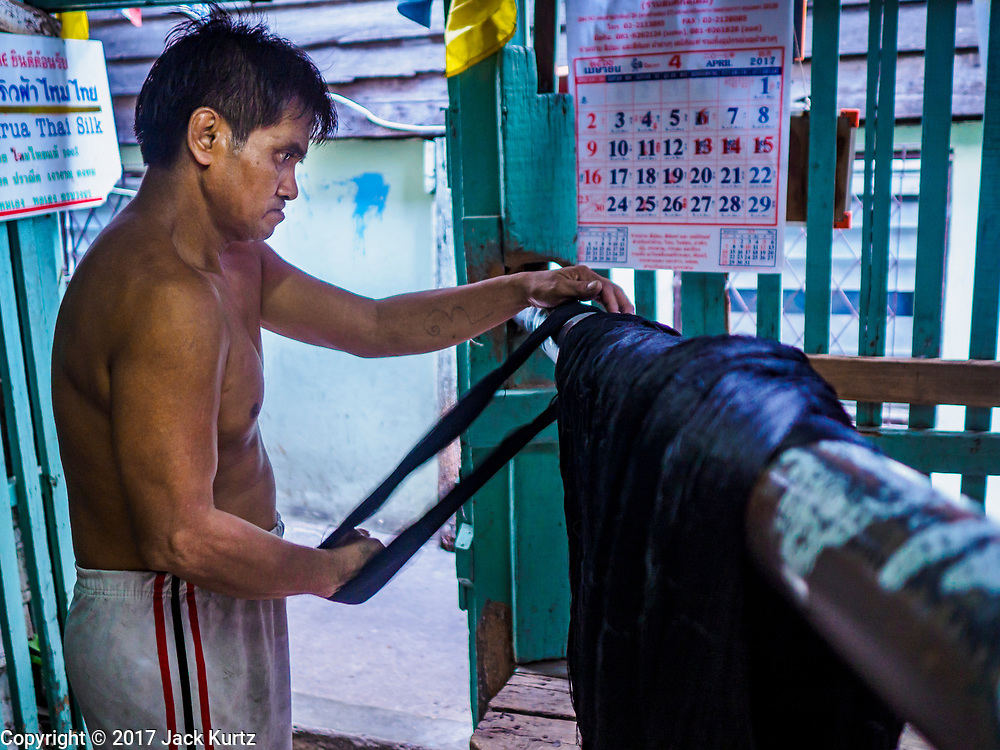