26 FEBRUARY 2017 - BANGKOK, THAILAND: A man holding portraits of Bhumibol Adulyadej, the King of Thailand, stands in line in front of a mural in Wat Phra Kaew. He was in line to pay respects to the king. Thousands of Thais continue to line up at the Grand Palace in Bangkok daily to pay respects to Bhumibol Adulyadej, the Late King of Thailand, who died on 13 October 2016. The government set a year long mourning period for the revered King, who will be cremated in late 2017. PHOTO BY JACK KURTZ 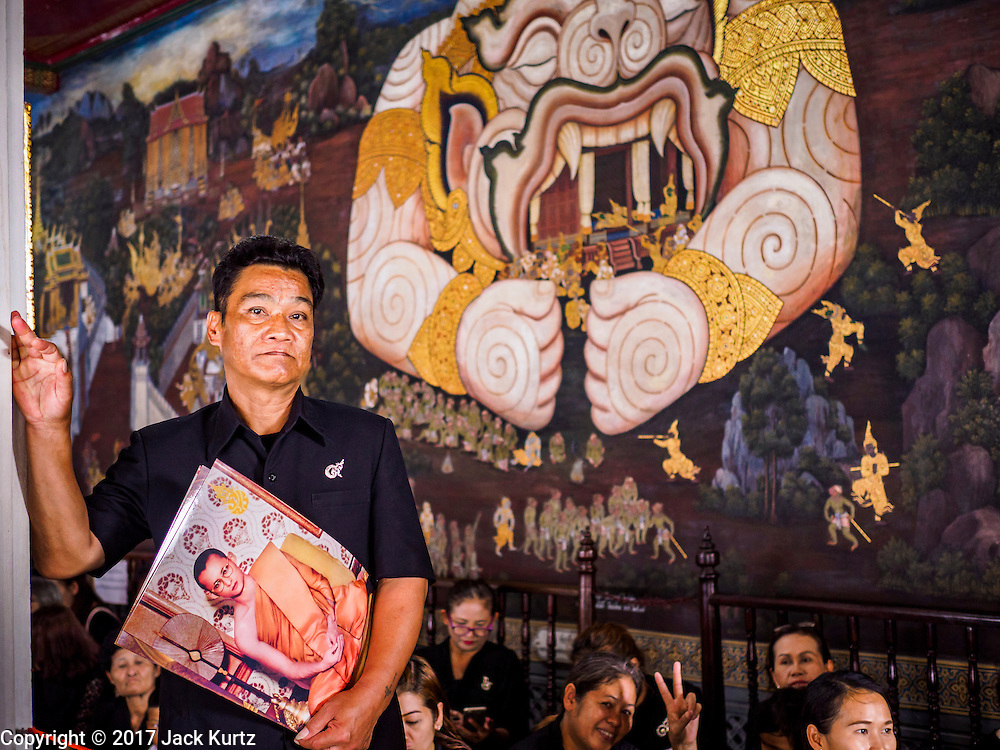