12 DECEMBER 2013 - BANGKOK, THAILAND: Traffic goes past a large portrait of Somdet Phra Nyanasamvara, the Supreme Patriarch of Thailand in front of Wat Bowon Niwet in Bangkok. Somdet Phra Nyanasamvara, who headed Thailand’s order of Buddhist monks for more than two decades and was known as the Supreme Patriarch, died Oct. 24 at a hospital in Bangkok. He was 100. He was ordained as a Buddhist monk in 1933 and rose through the monastic ranks to become the Supreme Patriarch in 1989. He was the spiritual advisor to Bhumibol Adulyadej, the King of Thailand when the King served as monk in 1956. There is a 100 day mourning period for the Patriarch, the service Thursday, on the 50th day, included members of the Thai Royal Family. Although the Patriarch was a Theravada Buddhist, he was the Supreme Patriarch of all Buddhists in Thailand, including the Mahayana sect, which is based in Chinese Buddhism. PHOTO BY JACK KURTZ 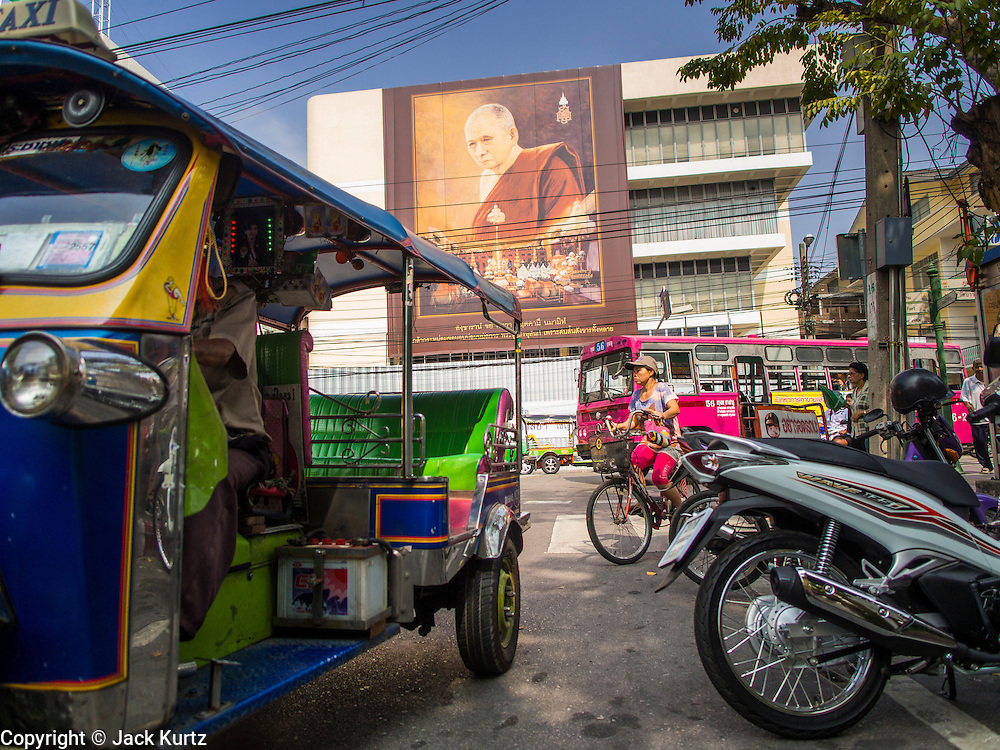