02 FEBRUARY 2013 - PHNOM PENH, CAMBODIA: Buddhist monks in front of Wat Ounalom in Phnom Penh. Wat Ounalom (also Wat Onalaom and several other spellings) is a wat located on Sisowath Quay in Phnom Penh, Cambodia, near the Royal Palace of Cambodia. It is the most important wat in Phnom Penh, and the center of Cambodian Buddhism. It was established in 1443 and consists of 44 structures. The temple complex was damaged during the Khmer Rouge but has since been restored. The main complex has a stupa which contains what is believed to be an eyebrow hair of Buddha and an inscription in Pali. PHOTO BY JACK KURTZ 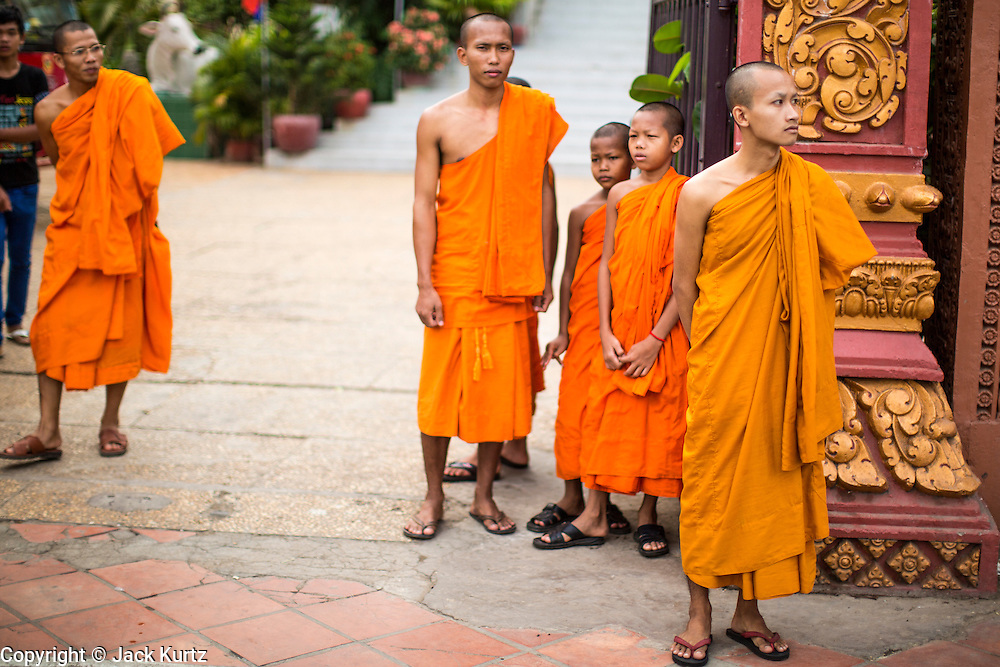