02 AUGUST 2012 - PHOENIX, AZ: Dr RICHARD CARMONA (blue shirt) talks to a veteran who was an Air Force nurse in Vietnam during a campaign stop at an American Legion Hall in Phoenix Thursday. Carmona, the former US Surgeon General under President George W. Bush, is running for the US Senate as a Democrat. Carmona's personal story is an important part of his campaign. He dropped out of high school to join the US Army. He applied for Special Forces and was turned down because he didn't have a high school diploma, he got his GED, reapplied and was accepted into Special Forces. He served in Vietnam as a combat medic. After he was discharged, he went back to college, became a R.N., went to medical school and became a surgeon, became a police officer and member of the SWAT Team in Tucson, AZ. He became the surgeon general in 2002 and returned to Tucson after his term as surgeon general. PHOTO BY JACK KURTZ 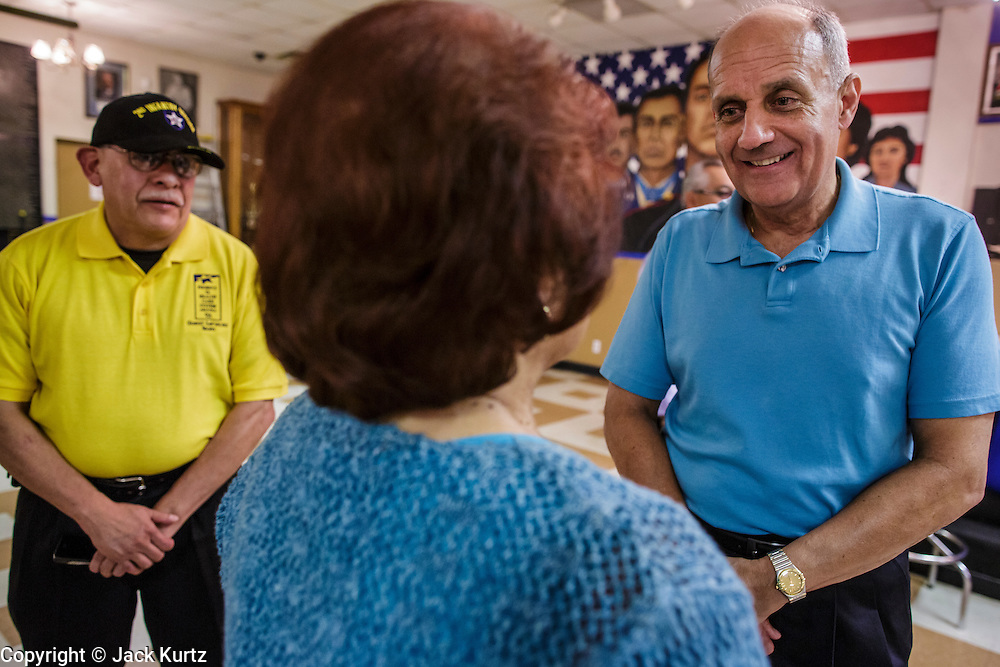