05 MAY 2013 - BANGKOK, THAILAND: A Thai woman holds the Thai flag while she waits to see Bhumibol Adulyadej, the King of Thailand, Sunday. The King and Queen, who are both hospitalized and in poor health, did not attend Sunday's event. May 5 marks the 63rd anniversary of the Coronation of His Majesty King Bhumibol Adulyadej. The day is celebrated as a national holiday; since this year it falls on a Sunday, it will be observed on Monday May 6, and as such all government offices and commercial banks will close for the day. HM King Bhumibol Adulyadej is the longest reigning monarch in the world. Each year on the 5th of May, the Kingdom of Thailand commemorates the day when, in 1950, the Coronation Ceremony was held for His Majesty King Bhumibol Adulyadej, the 9th in the Chakri Dynasty (Rama IX). On the 5th of May, His Majesty conducts a merit making ceremony, presenting offerings to Buddhist monks, and leads a ?Wien Thien? ceremony, walking three times around sacred grounds at the Temple of the Emerald Buddha. PHOTO BY JACK KURTZ 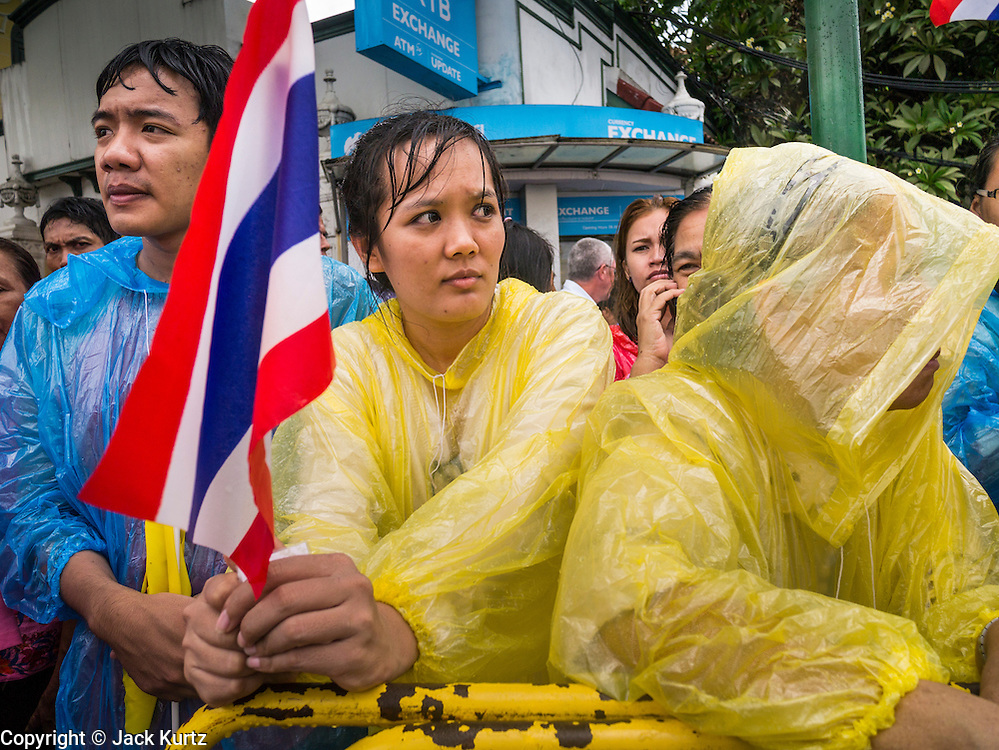