16 JUNE 2012 - GILA RIVER INDIAN COMMUNITY, PHOENIX, AZ: Goats in a pen on Ibrahim Swara-Dahab's goat farm. Swara-Dahab, 57, left Somalia in 1993. He lived in a refugee camp in Kenya for five years before coming to the United States and settled in the Phoenix area in 2006. He got a $10,000 loan from the micro-enterprise development program for refugees. The money allowed him to buy dozens of goats and sheep, each worth $130 to $200, turning his one-sheep operation into a money-making, time-consuming herd. He now operates a full time goat ranch and slaughter house. He slaughters his goats and sheep in the Muslim halal tradition. Most of his customers are fellow refugees and Muslims who prize goat meat or eat only meat slaughtered according to halal traditions. His butchering operation is on the Gila River Indian Community, near Laveen, AZ, just southwest of Phoenix. PHOTO BY JACK KURTZ 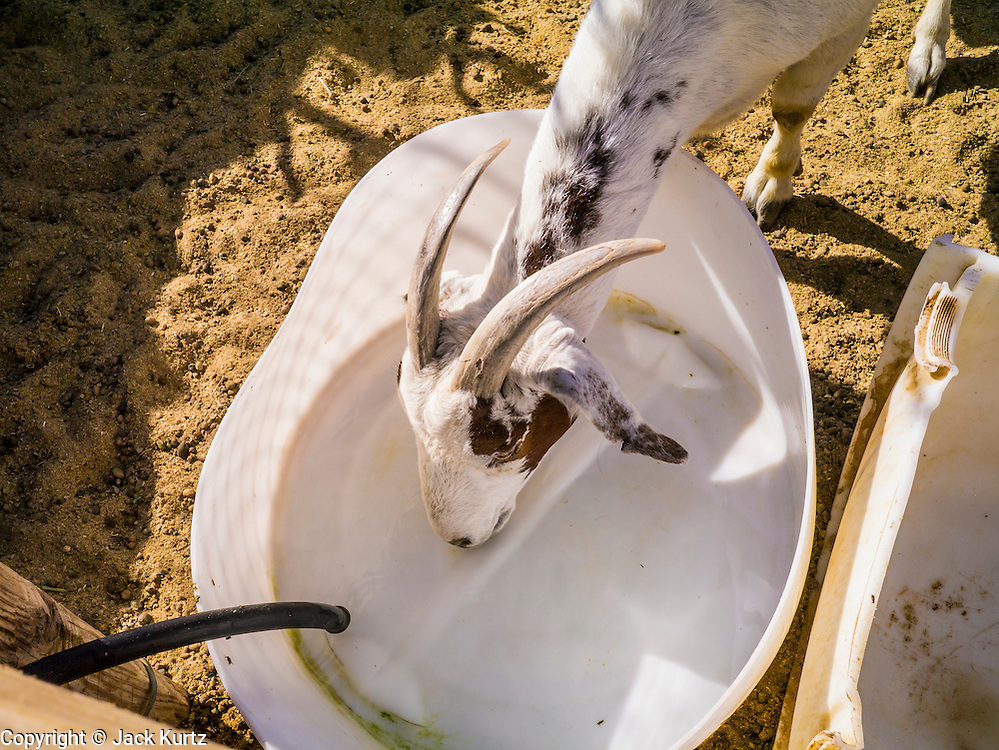