25 JULY 2014 - BANGKOK, THAILAND: People cheer during a free concert by Ying Lee, a Thai Luk Thong style pop singer, at the party restore happiness to the people at Ratchaprasong Intersection. The party was organized and sponsored by the Tourism Authority of Thailand and was promoted as an effort to restart Thailand's tourism industry, which has seen a significant drop in foreign arrivals since political violence started in 2013. There has been no violence since the coup on May 22, 2014, but tourism has not completely rebounded. PHOTO BY JACK KURTZ 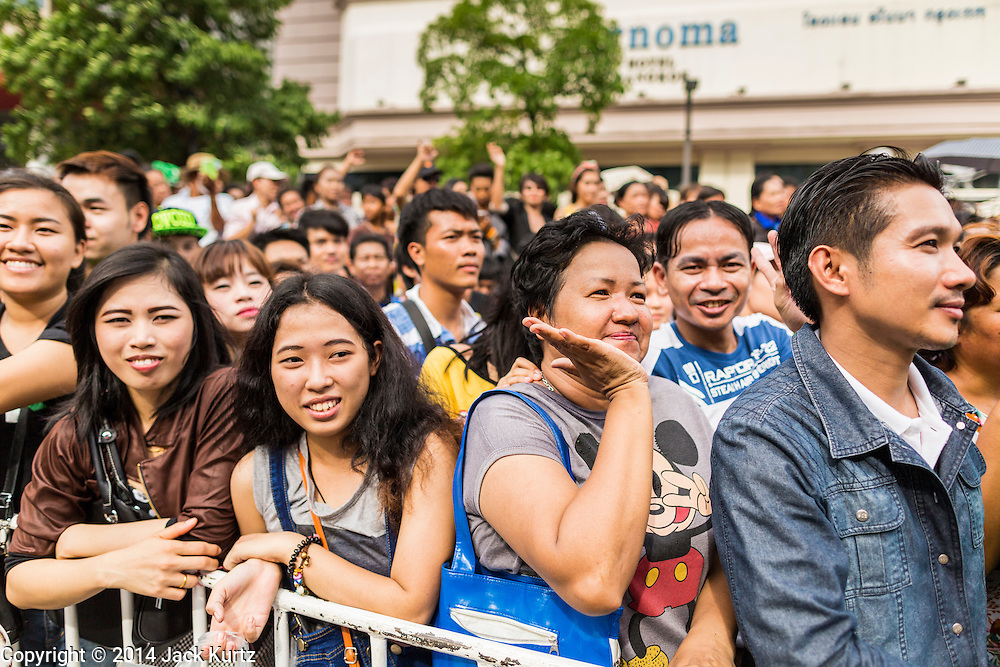