28 NOVEMBER 2020 - DES MOINES, IOWA: Protesters say the "Pledge of Allegiance" during the "Stop the Steal" rally at the Iowa State Capitol Saturday. About 30 supporters of US President Donald Trump gathered at the Iowa State Capitol to rally in support of the President and in opposition to the outcome of the US election. They are a part of the "Stop the Steal" movement which has spread across the US. This is the fourth week that there have been "Stop the Steal" rallies at state capitols across the US. Most independent observers and election officials, both Republican and Democratic, have said the election was free and fair and that there was no election of fraud. PHOTO BY JACK KURTZ 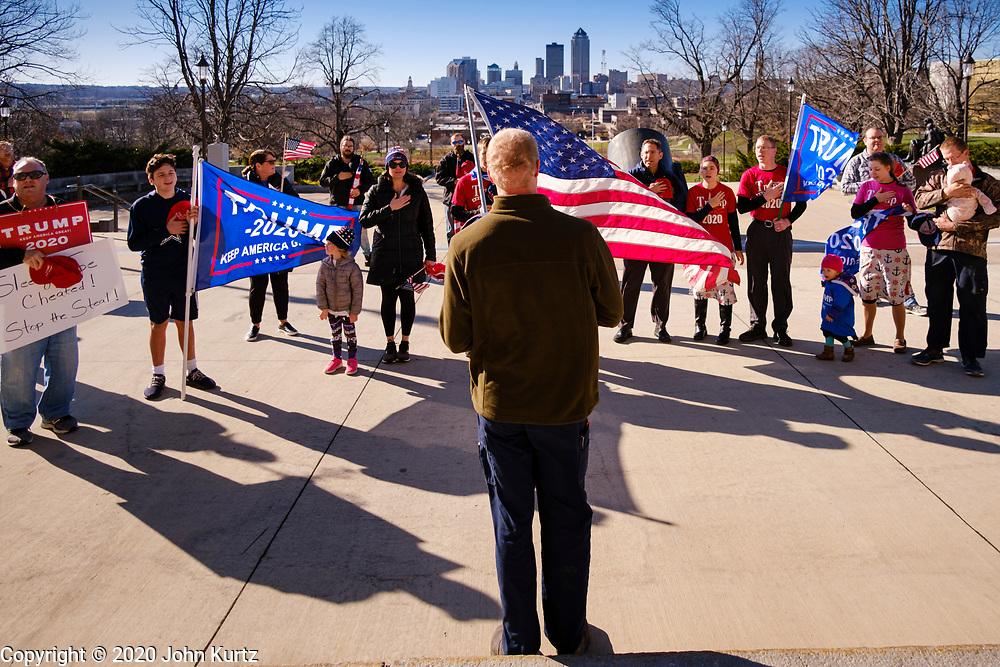