18 MAY 2017 - BANGKOK, THAILAND: A vendor makes "phat Thai" (also called "Pad Thai") at a street food stall in Bangkok's Chinatown. Phat Thai is fried rice noodles and Thailand's unofficial national dish. City officials in Bangkok have taken steps to rein in street food vendors. The steps were originally reported as a "ban" on street food, but after an uproar in local and international news outlets, city officials said street food vendors wouldn't be banned but would be regulated, undergo health inspections and be restricted to certain hours on major streets. On Yaowarat Road, in the heart of Bangkok's touristy Chinatown, the city has closed some traffic lanes to facilitate the vendors. But in other parts of the city, the vendors have been moved off of major streets and sidewalks. PHOTO BY JACK KURTZ 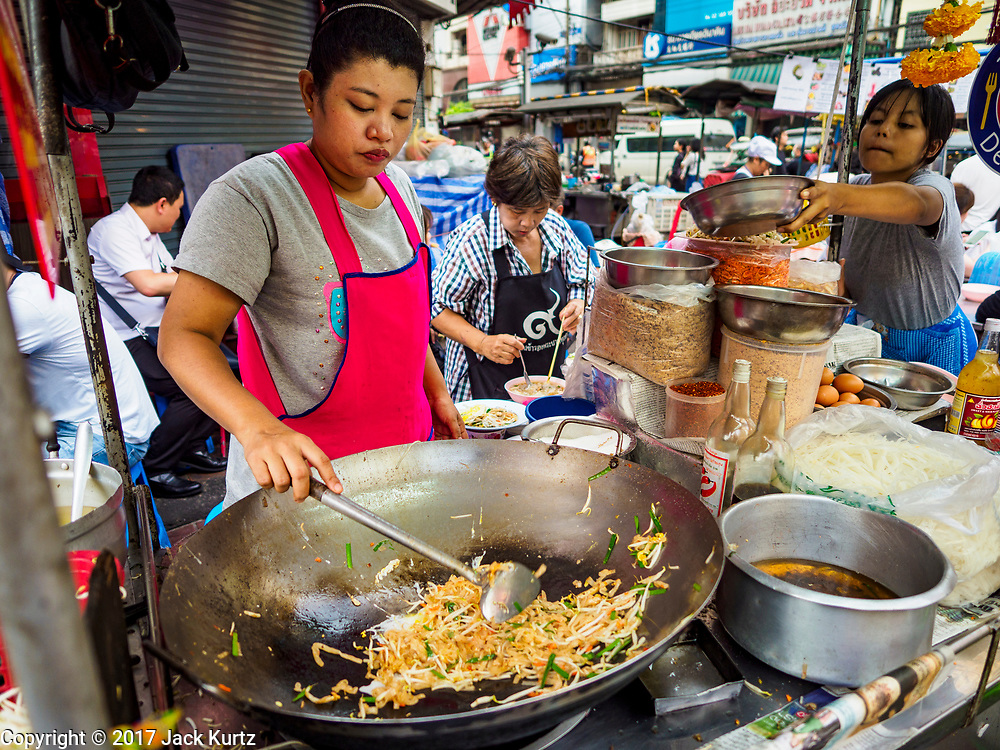