03 DECEMBER 2012 - BANGKOK, THAILAND: Chilies dry on a food cart in "Washington Square" in Bangkok. Although officially closed, squatters have moved into some abandoned buildings in the area and demolition workers live in others. Washington Square was a notorious adult "entertainment" and red light district on Sukhumvit Soi 22 in Bangkok. Many of the bars and massage parlors catered in the district to older American and European men and opened in the 1960's when Bangkok was a "R&R" destination for American servicemen in Vietnam. It's being torn down to make way for new high rise hotels and condominiums. PHOTO BY JACK KURTZ 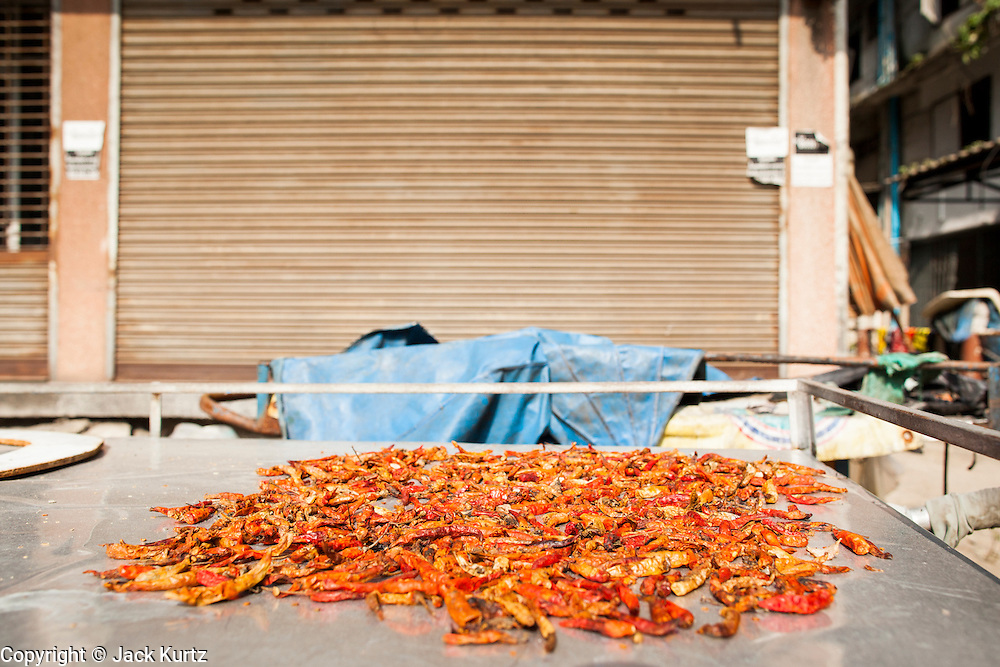