Sept. 25, 2009 -- PATTANI, THAILAND: A husband and wife sort their nets and pick out crabs to sell after the spending the night in the shallow waters off the Pattani coast in a Thai Muslim fishing community in Pattani, Thailand. Fishing is the main industry in Pattani, one of just three Thai provinces with a Muslim majority. Thousands of people, mostly Buddhist Thais and Burmese Buddhist immigrants, are employed in the fishing industry, either crewing ships, working in processing plants or working in the ship building and refreshing yards. Photo by Jack Kurtz / ZUMA Press 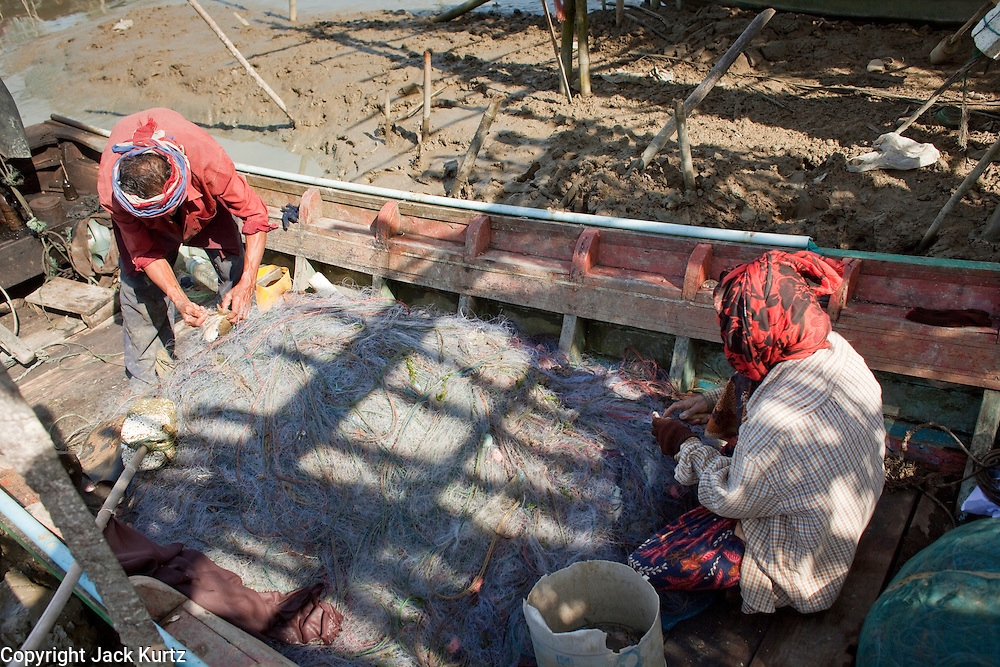