02 MARCH 2020 - ST. PAUL, MINNESOTA: MICHAEL FAIRBANKS, of the White Earth Band of the Ojibwa tribe, announces that the tribe is supporting Sen. Bernie Sanders for US President at a Bernie Sanders Get Out the Vote rally in the RiverCentre in St. Paul. More than 8,400 people attended the rally. Minnesota is a Super Tuesday state this year and Minnesotans will go to the polls Tuesday. Minnesota Sen. Amy Klobuchar was expected to win her home state, but she dropped out early Monday, March 2. PHOTO BY JACK KURTZ 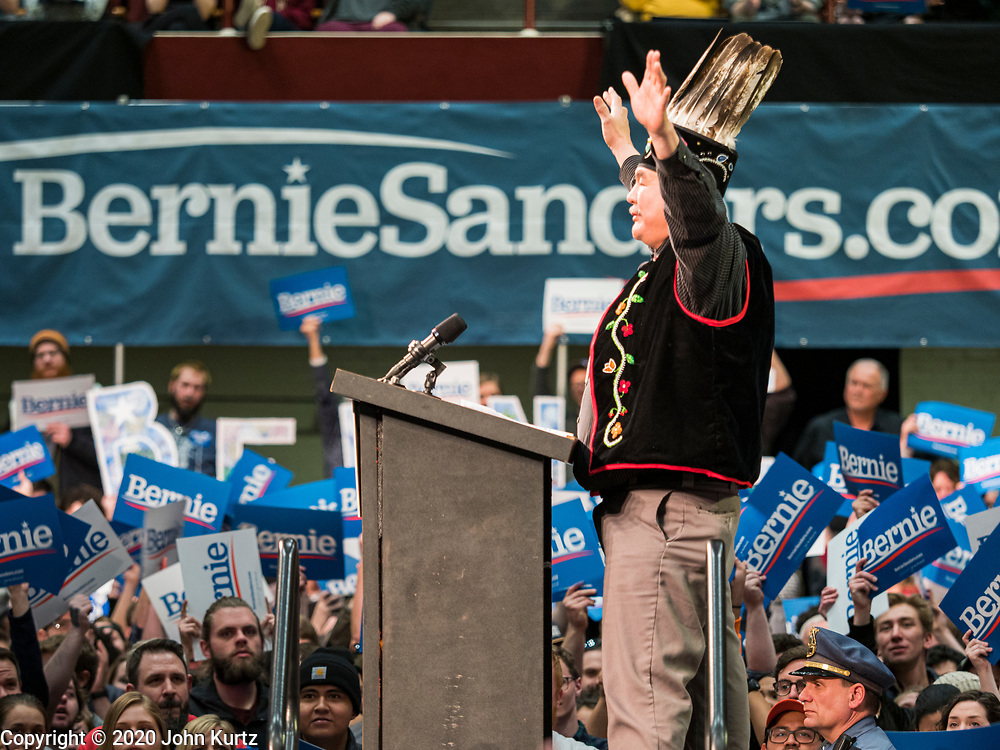