05 OCTOBER 2013 - PHOENIX, ARIZONA: People march past the Maricopa County Jail during an immigration reform march in Phoenix. The jail, and Maricopa County Sheriff Joe Arpaio, is a hot button topic for immigrants in Arizona because federal courts have found the sheriff guilty of racial profiling and discrimination. More than 1,000 people marched through downtown Phoenix Saturday to demonstrate for the DREAM Act and immigration reform. It was a part of the National Day of Dignity and Respect organized by the Action Network. PHOTO BY JACK KURTZ 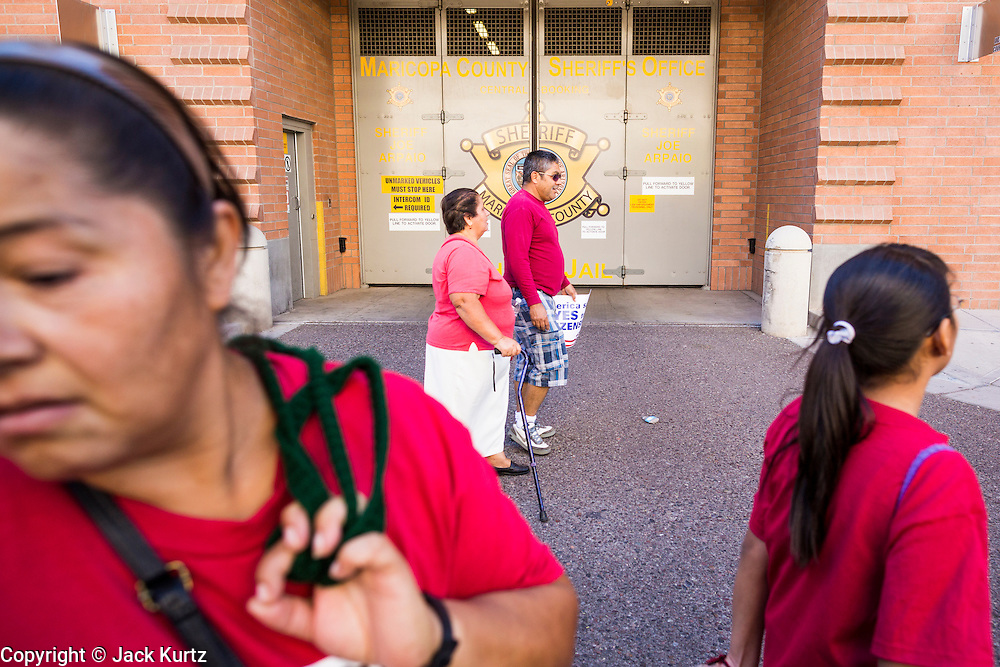