14 SEPTEMBER 2003 - CANCUN, QUINTANA ROO, MEXICO: Rafael Allegria, a farm activist from Honduras, RIGHT, and another farm activist salute Lee Kyung-hae during a memorial service Sunday for the Korean farm activist who publicly committed suicide Wednesday in Cancun to protest World Trade Organization agricultural policies, has been built where he died in a park in Cancun. Thousands of protestors opposed to the World Trade Organization and globalization have come to Cancun to protest the WTO meetings taking place in the hotel zone. Mexican police restricted most of the anti-globalization protestors to downtown Cancun, about five miles from the convention center. PHOTO BY JACK KURTZ 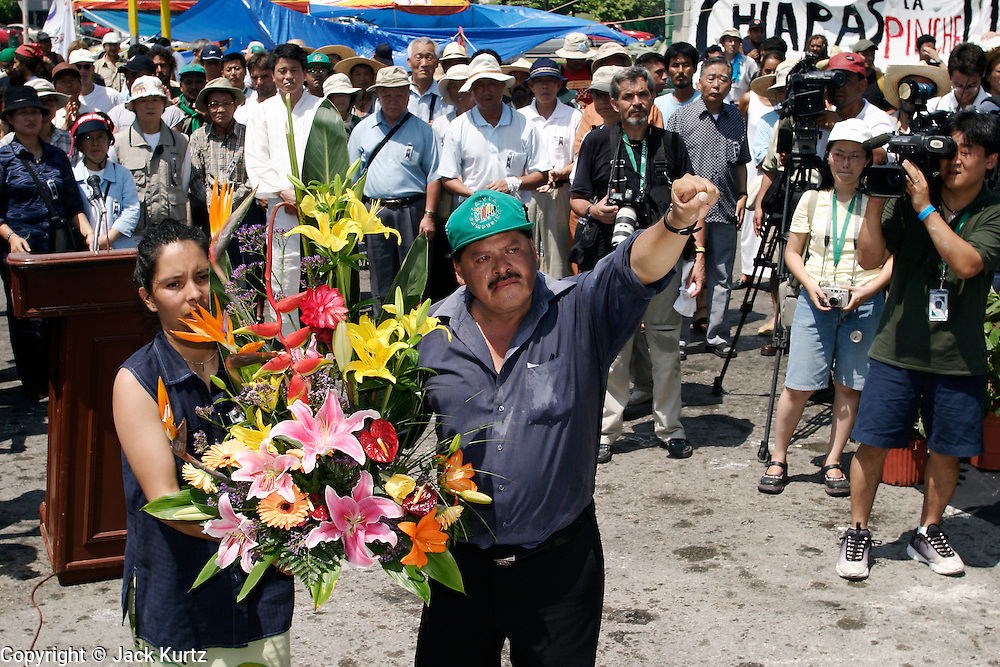