19 JANUARY 2014 - BANGKOK, THAILAND: A Thai civilian talks to a soldier on duty in the Phrom Phong BTS Station after a candlelight vigil for peace in a nearby park Sunday night. As violence at anti-government protest sites has increased, Thai soldiers have become a more common presence in Bangkok, especially around high value areas like the BTS system and train stations. Hundreds of people came to Benjasiri Park, a few hundred meters from the anti-government protest site in Asok Intersection, Sunday evening to pray for peace and rally for a respect for democracy Sunday. The vigil took place a few hours after a two explosive devices, thought to be grenades, were thrown at the protest site near Victory Monument, several kilometers north of Asok. The grenade attack Sunday was the 2nd daytime grenade attack in three days on anti-government protestors. No arrests have been made in the incidents. PHOTO BY JACK KURTZ 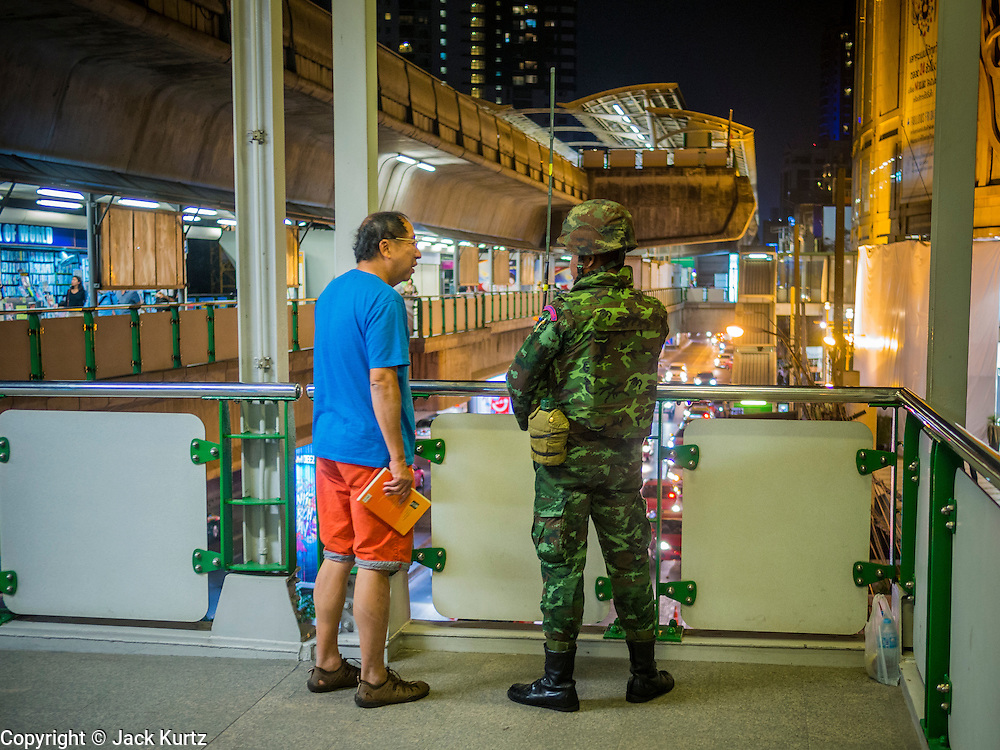