12 MARCH 2015 - BANGKOK, THAILAND: Grilled grabs left as an offering at the City Pillar Shrine in Bangkok. Bangkok's city pillar shrine (also known as San Lak Muang) is one of the most important city pillar shrines in Thailand. The shrine is in the heart of Bangkok, opposite the grand palace in the southeast corner of the Sanam Luang and close to the Ministry of Defence. The shrine was built after the establishment of the Rattanakosin Kingdom (Bangkok) to replace the old capital of the Thonburi Kingdom during the reign of King Rama I in 1782. It was intended to be the spiritual center for Thai citizens. PHOTO BY JACK KURTZ 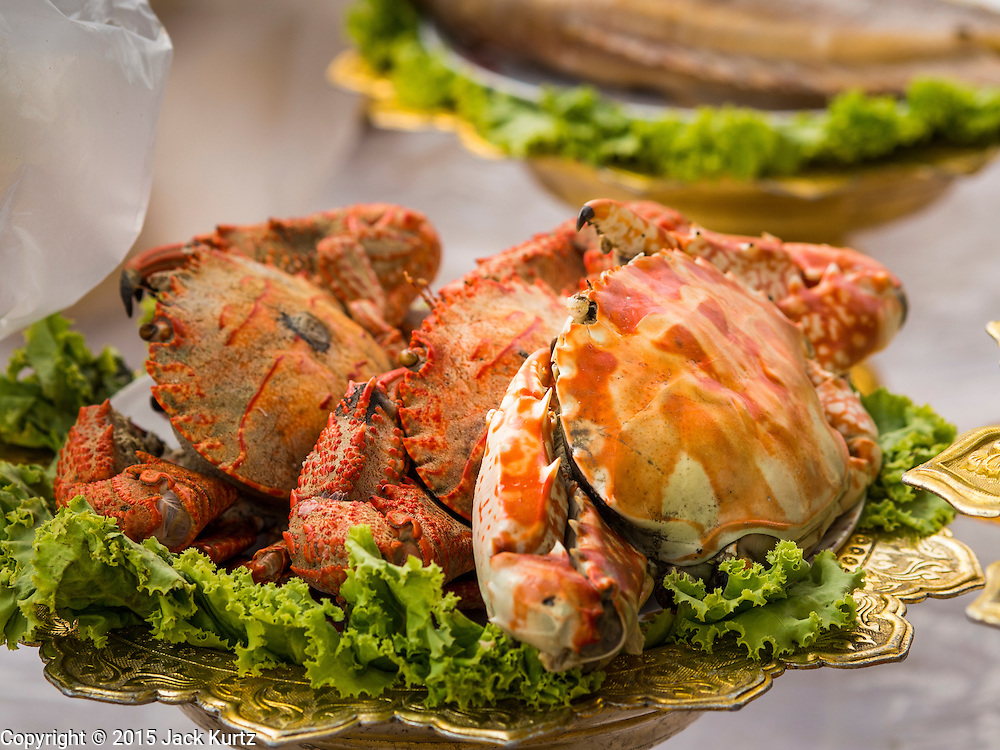