27 AUGUST 2013 - BANGKOK, THAILAND: A protester holds up a sign comparing Thai Prime Minister Yingluck Shinawatra to Hitler and the Nazi’s during an anti-government protest in front of the British embassy in Bangkok. He said Yingluck has betrayed the Thai people just as the Nazis betrayed the Germans. About 25 people, including at least two British citizens, picketed the embassy Tuesday morning. They were protesting against former British Prime Minister Tony Blair, who is expected to speak to a political reform commission established by Thai Prime Minister Yingluck Shinawatra. The protest leaders were invited in to the Embassy grounds to speak to representative of the British government. The protest disbanded afterwards. No one was arrested during the protest, which lasted a little over an hour. PHOTO BY JACK KURTZ 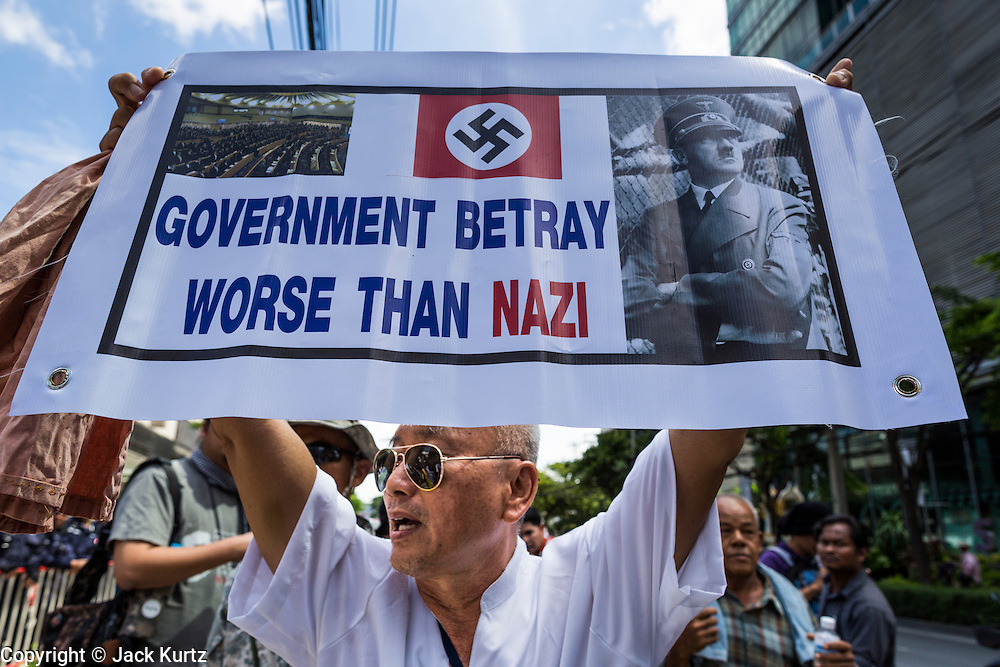