17 NOVEMBER 2012 - BANGKOK, THAILAND: Ocean freighters tied up in Klong Toey Port in Bangkok. Klong Toey has served as Bangkok's deep water port for centuries, but as ships have gotten bigger and Thailand's role in the world economy has expanded most of the commercial shipping has moved to ports closer to the ocean. Bangkok used to be known as the "Venice of the East" because of the number of waterways the criss crossed the city. Now most of the waterways have been filled in but boats and ships still play an important role in daily life in Bangkok. Thousands of people commute to work daily on the Chao Phraya Express Boats and fast boats that ply Khlong Saen Saeb or use boats to get around on the canals on the Thonburi side of the river. Boats are used to haul commodities through the city to deep water ports for export. PHOTO BY JACK KURTZ 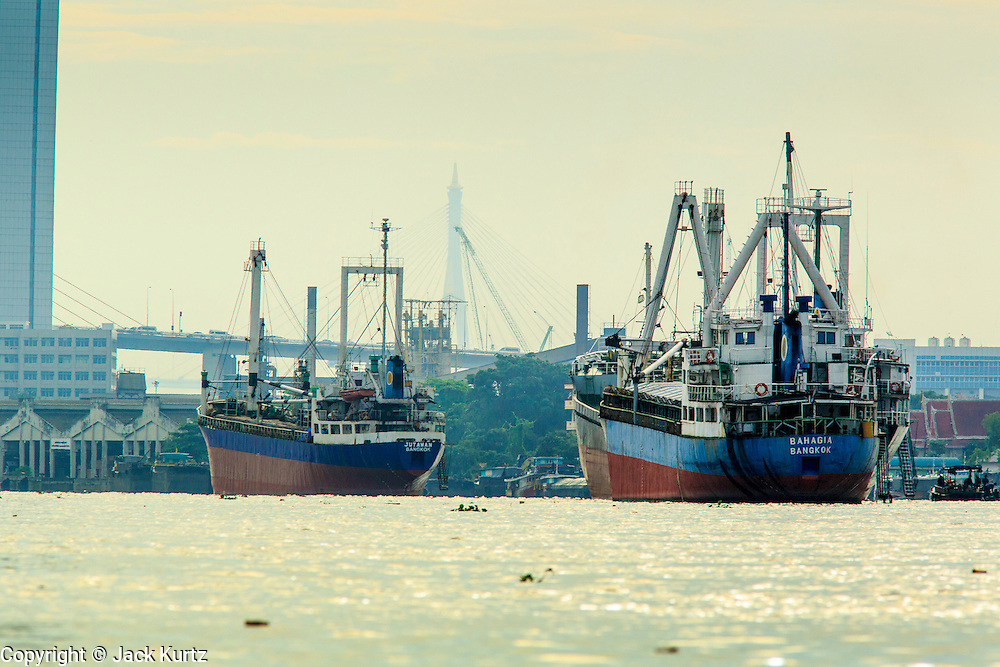